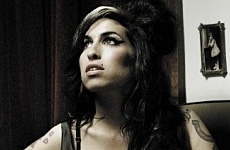 AMY WINEHOUSE has been nominated for six awards at next year’s 50th Grammy ceremony.

That’s fewer than Kanye West, who managed eight nominations for the top American music prizes, but it puts the troubled torch singer ahead of some big names like Justin Timberlake, Jay-Z and the Foo Fighters, who have to make do with five apeice.

“I’m honored to have my music recognized with these nominations,” said Winehouse. “This is a true validation from people I respect and admire.”

Buy Back to Black here