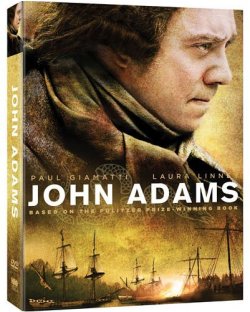 Executively produced by two times Academy Award® winner Tom Hanks (Forrest Gump) and from the team that brought you Band of Brothers, this seven part mini-series swept the board at the 2008 Emmy Awards® with 17 nominations and 13 wins including, ‘Outstanding Actor’, ‘Outstanding Actress’ and ‘Outstanding Mini-series’.

Also recently nominated for four awards at the 2009 Golden Globes®, JOHN ADAMS chronicles the life of the second President of the Unites States, a man whose fiercely independent sprit, reference for the rule of law and commitment to personal liberty profoundly influenced the values on which the United States was founded. He is widely regarded as one of the most important political figures in American history and key instigator in the United States Declaration on Independence in 1776. The mini-series also explores the extraordinary relationship between Adams and Abigail his wife of fifty-four years, a partnership regarded as one of the most moving love stories in American history.

JOHN ADAMS is released two weeks after Barrack Obama is sworn in as the 44th President of the United States of America. This 3 disc, 7 part mini series is packed with DVD extras including a ‘Making of John Adams’ behind the scenes feature, an ‘On Screen Historical Guide’ where viewers can learn historically relevant information about the featured time period and a documentary about David McCullough, the two-time Pulitzer prize winner of the book on which the series is based. 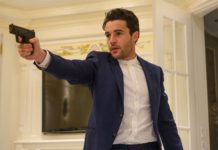 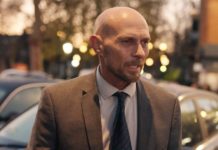 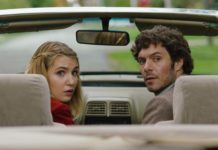