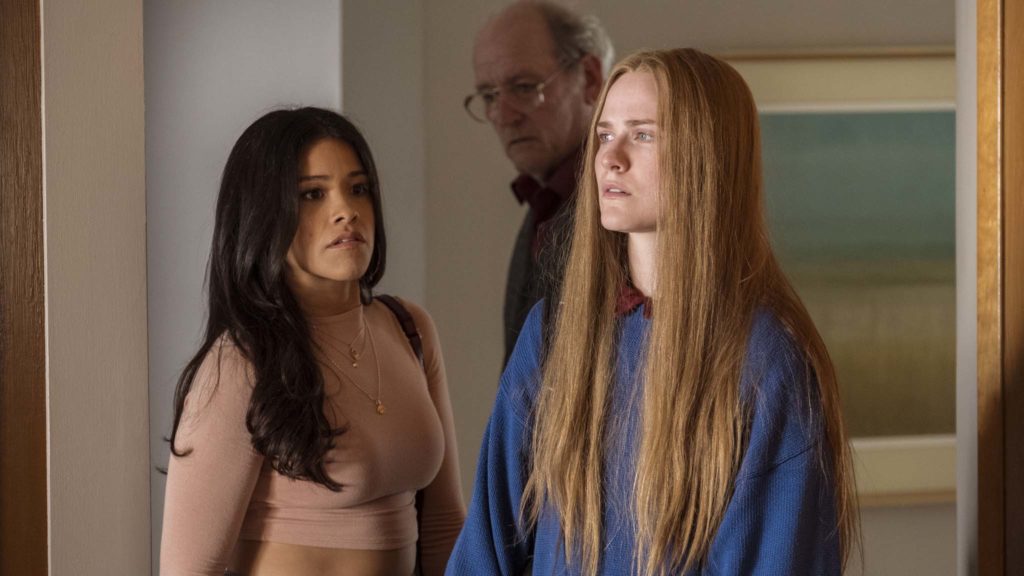 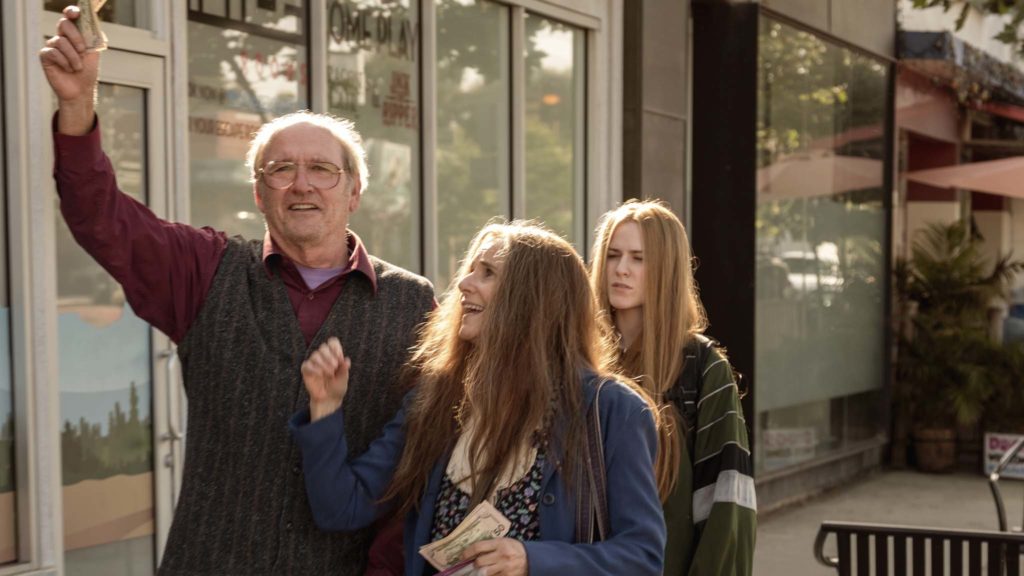 Review:Artist and filmmaker Miranda July continues to explore the human condition from an unapologetically off-kilter perspective in a comedy drama about a family of small-time crooks. Old Dolio Dyne (Evan Rachel Wood) carries out petty thefts in Los Angeles with her parents Robert (Richard Jenkins) and Theresa (Debra Winger), who seems incapable of showing her a shred of warmth and compassion.

The family divides the spoils of each underhand scheme but fails to pay the rent on a squalid apartment, which acts as a base of operations. A bright and bubbly outsider called Melanie (Gina Rodriguez) gate-crashes the clan’s hand-to-mouth existence, hoping to learn the tricks of the con trade. Old Dolio is initially jealous of the vivacious interloper, who possesses some of the traits she lacks. Melanie ultimately forces Old Dolio to scrutinise her unconventional and damaging upbringing.

Kajillionaire screens to our critic on Tuesday. Please check back later in the week for a full review.

Find Kajillionaire in the cinemas 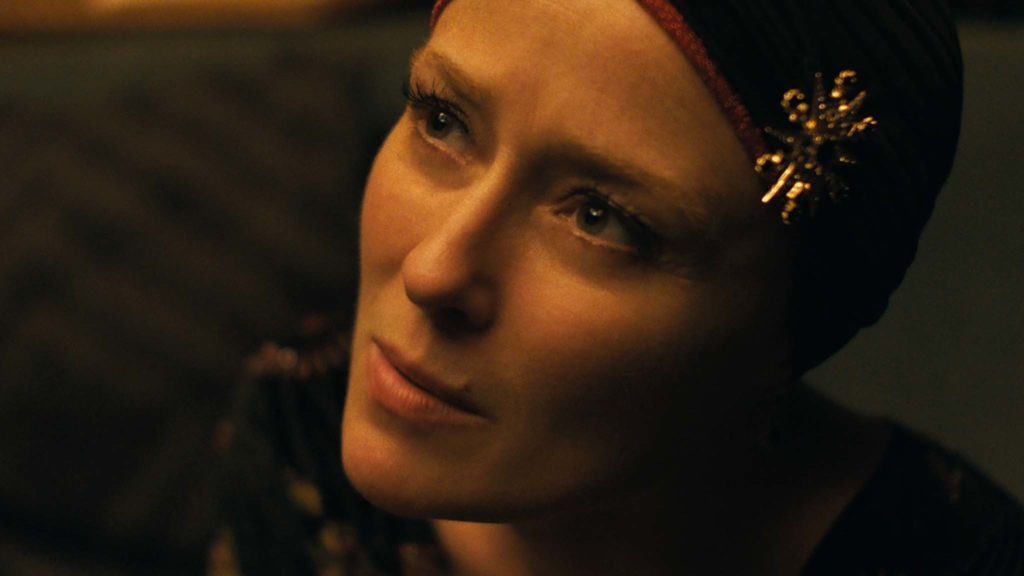 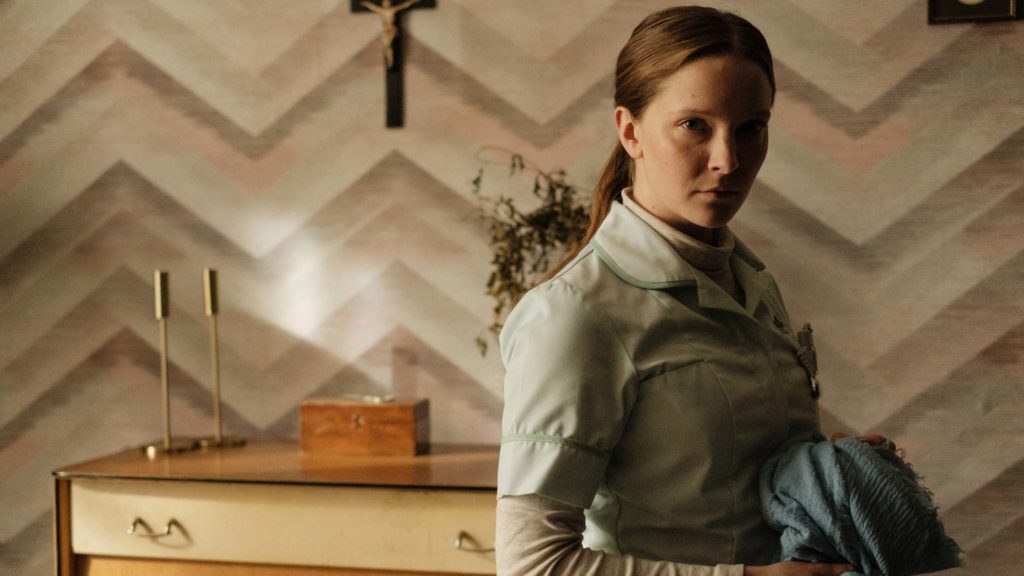 The brightly lit arcades of a nameless British seaside resort bear witness to a brutal tug of war between faith and fanaticism in writer-director Rose Glass’ striking debut feature. Infused with the creeping dread of a modern-day horror story, Saint Maud is a mesmerising portrait of religious fervour and sexual awakening anchored by a bravura central performance from Welsh actress Morfydd Clark as the eponymous tortured soul. Her porcelain features seem to hang in the pervasive darkness of the screen like some ghostly apparition, fixing us with a cold stare that perfectly and chillingly conveys the resolve of a nurse, who will follow silent instruction to the bitter and bloody end.

The combative relationship between Clark’s loner and Jennifer Ehle’s acerbic patient is elegantly distilled in fractious verbal exchanges that begin with a pitying first impression: “You must be the loneliest girl I’ve ever seen.” Cinematographer Ben Fordesman is a willing accomplice, conjuring scenes of gloomily lit domestic drudgery that suddenly thrum with menace and prickle our skin with fear. The lean script tightens a knot of nail-biting tension by documenting the heroine’s emotional and spiritual breakdown from multiple perspectives, some of which may be unreliable. Abandon hope all ye who peer through Glass’ distorted lens.

Shy, emotionally repressed nurse Kate (Clark) has recently turned to religion and rechristened herself Maud following a traumatic incident at a hospital. She prays daily, unwavering in her devotion. “I can’t shake the feeling that you must have saved me for something greater than this,” she rhapsodises to her God in the cramped confines of a sparsely furnished flat. Maud walks away from the NHS to work in the private sector as a carer to famed American dancer and choreographer Amanda Kohl (Ehle), whose halcyon days of hedonism and artistic expression have been cut short by terminal illness.

Amanda wallows in bitterness and regret in a grand seaside property, with sporadic visits from her lover Carol (Lily Frazer) and a coterie of sinful acolytes. The ailing dancer channels her poisonous feelings at Maud, who she sarcastically anoints “my little saviour”. The pious carer believes she has been chosen to save Amanda’s blackened soul. Maud scorches herself on a stove and inserts pins through the sole inserts of her shoes to experience exquisite waves of pain on every step of Amanda’s journey to atonement. The battle between nurse and acid-tongued patient gathers pace as reality and fantasy trade dizzying blows in Maud’s warped mind.

Saint Maud disorients and disturbs in equal measure, artfully navigating the central character’s twisted psyche with carefully timed spurts of violence. Composer Adam Janota Bzowski’s score sets our nerves on edge as much as the stellar performances, leaving almost no time to breathe comfortably between each scene of fateful self-delusion and despair.

Find Saint Maud in the cinemas