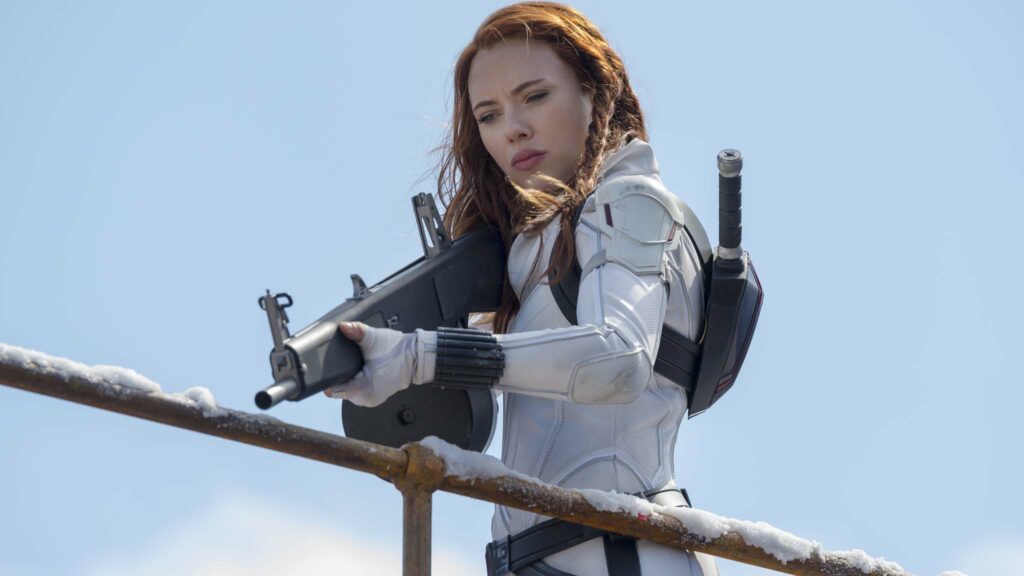 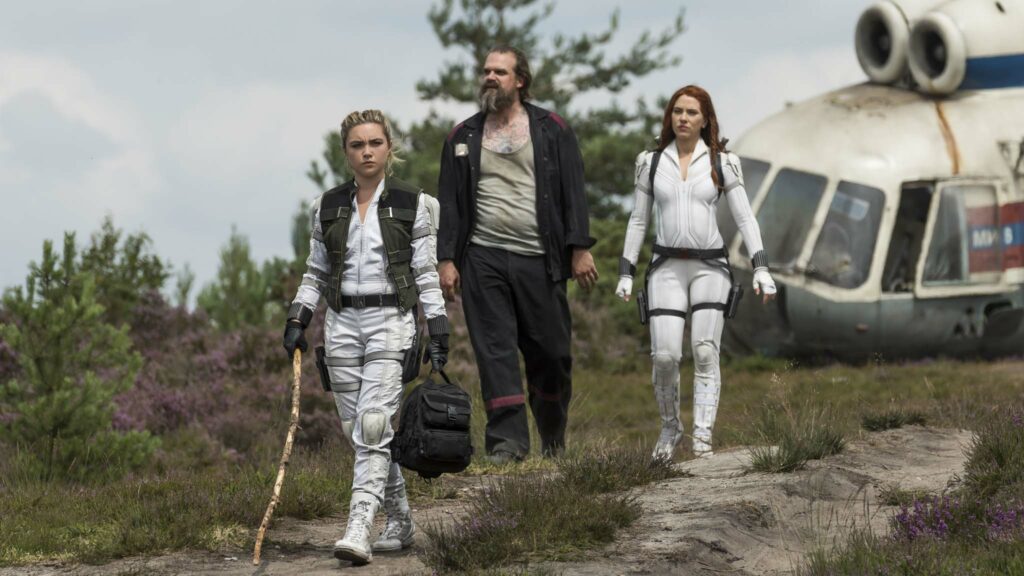 Admittedly, Shortland’s vertiginous denouement falls victim to the same CGI overload as other MCU strands but there’s a clear focus on characters in peril in the eye of a digitally rendered storm that breaks the film’s fall. Set in the tumultuous period between Captain America: Civil War and Avengers: Infinity War, Black Widow is a fitting send-off for Scarlett Johansson’s former KGB spy with satisfying dramatic reveals and multiple (ab)uses of the word ‘family’ in Eric Pearson’s script. The darkest elements of the character’s past – child trafficking, mind control, an involuntary hysterectomy – warrant lip service rather than deep discourse to avoid a certificate 15 classification that would impact box office takings.

Bone-crunching, balletic fight sequences are beautifully choreographed as a pas de deux with slick special effects that push Johansson and Oxford-born co-star Florence Pugh to their physical limits. Frenetic early fisticuffs between the two actors establish the brisk tempo of Shortland’s propulsive direction and pass the baton to the next generation of self-assured, courageous and morally complex female heroes, who can wise-crack as confidently as they bruise knuckles.

A pulse-quickening prelude in 1995 Ohio distils Natasha’s formative years as one quarter of a Russian sleeper cell with fake parents (David Harbour, Rachel Weisz) and a younger sister. They flee the suburban Midwest under the cover of darkness to the haunting melody of Think Up Anger’s cover of Smells Like Teen Spirit. Twenty-one years later, Natasha is an enemy of the state. She has violated the newly ratified Sokovia Accords, which controversially surrenders command of the Avengers to the United Nations, and is on the run from US Secretary of State Thaddeus Ross (William Hurt).

Hawkeye, Falcon, Ant-Man and Wanda Maximoff have been captured and are imprisoned in the maximum-security Raft. Captain America and Natasha remain at large. She goes off-grid and resurfaces in Norway, aided by smitten private contractor Rick Mason (O-T Fagbenle). Natasha’s past gate-crashes the Scandinavian serenity and she reunites with ‘sister’ Yelena (Pugh) at a Budapest safehouse to learn the shocking truth about chemically subjugated Black Widows controlled by General Dreykov (Ray Winstone).

Black Widow returns the MCU to the big screen with several ground-shaking bangs and thunderous blasts of Scottish composer Lorne Balfe’s score. Johansson, also an executive producer, is given space and time to rub salt into her character’s psychological wounds and add gravitas to Natasha’s sacrifices later in the franchise. Pearson’s script mines a rich vein of humour. Yelena mercilessly pokes fun at Natasha’s attention-seeking crouch pose and Alexei’s choices of words are hilariously inappropriate like when he congratulates his ‘daughters’ on their impressive kill lists. “Your ledgers must be gushing, dripping wet!” he whoops. An elegiac post-end credits sequence teases conflict with a “cutie” Avenger and lays the groundwork for a forthcoming Disney+ TV series.

Find Black Widow in the cinemas