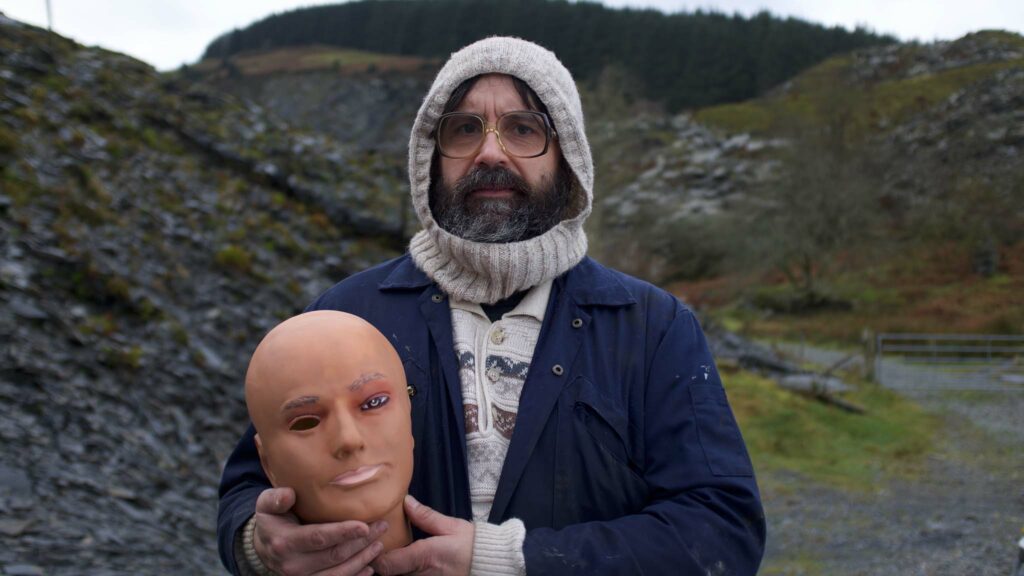 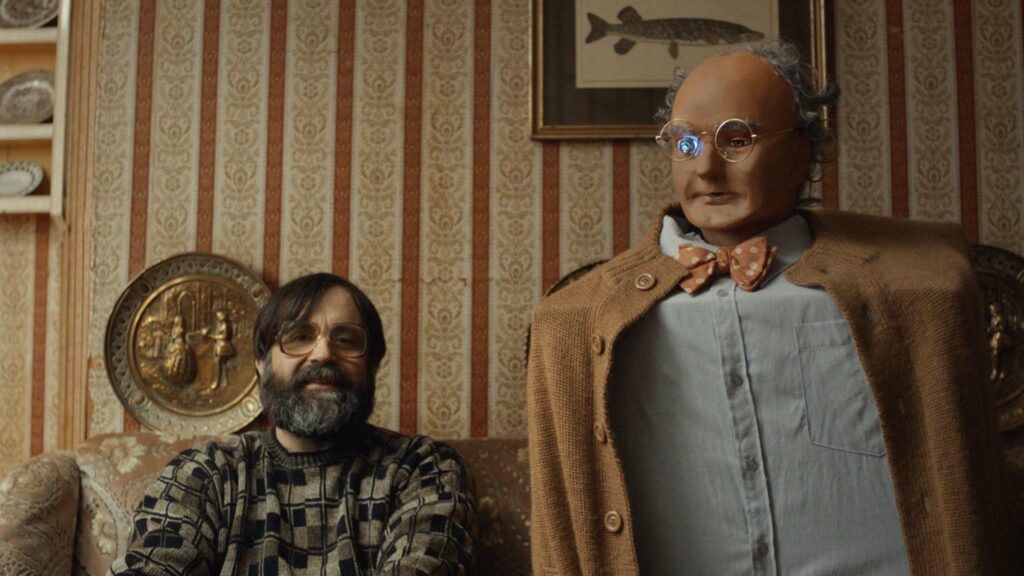 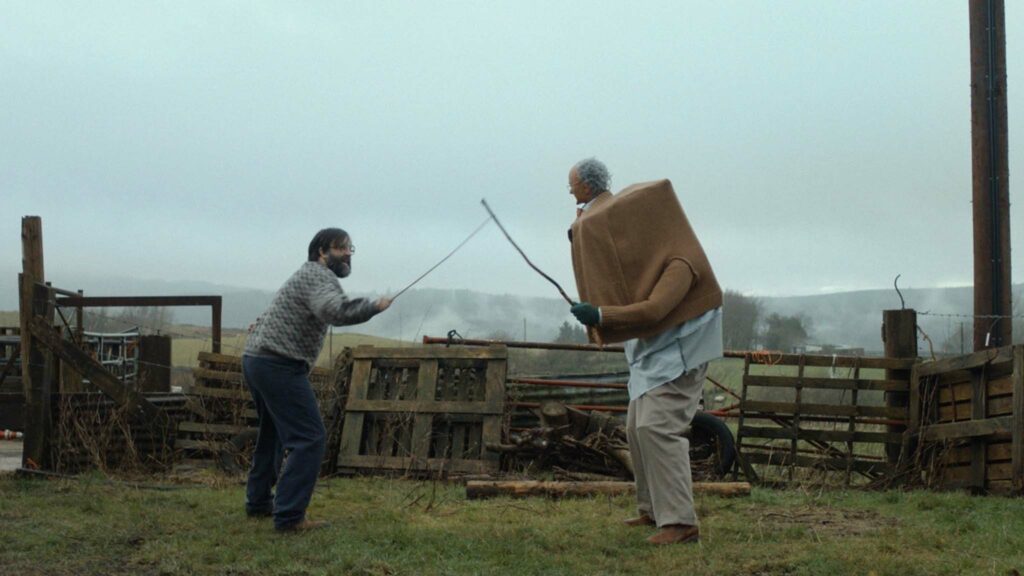 Review: Eccentricity is tightly woven into the fabric of our national identity. Expanded from a 12-minute short film released in 2017, director Jim Archer’s odd couple comedy travels into the Welsh countryside to meet a generously bearded outcast, who constructs a companion from fly-tipped scrap and gives new meaning to the art of ‘making friends’. This ramshackle mechanical sidekick is blessed with childlike curiosity reminiscent of Johnny Five in Short Circuit. A TV documentary about Honolulu inspires the robot to make a hula skirt from shredded paper and when the automaton earns praise from his master through good behaviour, he jigs excitedly back and forth.

Co-written by actors David Earl and Chris Hayward, Brian And Charles kindles dramatic tension by hard-wiring the robot with a desire to fly the nest and explore new horizons. Predictably, the inventor wants to protect his charmingly naive creation from the cruelty and intolerance that run rife in “a big perilous world” beyond the wire fences that border their remote farm. Someone or something has to give. Thankfully, the quality of Earl and Hayward’s writing doesn’t give an inch. Archer employs a fly-on-the-wall mockumentary format to intrude on his delightfully mismatched characters as they go about their day-to-day lives. The conceit doesn’t always work – some characters acknowledge the camera’s presence, others are completely oblivious.

Brian (Earl) lives alone in a tumbledown cottage in the Welsh countryside. He repurposes one cow shed as an “inventions pantry” to transform odds and ends into outlandish homemade gadgets and appliances such as a leather belt to safely transport eggs and a storage bin for cabbages. Brian’s most ambitious project is a 7ft tall robot companion called Charles (Hayward), lovingly fashioned from a discarded mannequin’s head and an old washing machine for the automaton’s torso.

Inventor and sentient creation become devoted companions on the outskirts of a close-knit community that doesn’t always treat eccentrics with kindness. Bullying farmer Eddie (Jamie Michie), his wife Pam (Nina Sosanya) and their obnoxious twins Katrina (Lowri Izzard) and Suki (Mari Izzard) are particularly spiteful and vindictive. Behind closed cottage doors, Charles soaks up knowledge from his creator and their touching relationship encourages Brian to pursue romance with neighbour Hazel (Louise Brealey), who lives with her mother and a parrot. The emotional tug of war between Hazel and Charles for Brian’s attention creates friction between the inquisitive robot and his maker.

“I don’t like hanging around with you any more,” snaps the inventor. “Then let me go,” counters Charles, affirming his desire for independence. Brian And Charles is a sweet, sincere and life-affirming ode to the square pegs, who don’t care about fitting neatly into round holes. Earl and Hayward are an adorable double act and when the possibility of separation looms large, the lump in our throats is sizeable.

Find Brian And Charles in the cinemas 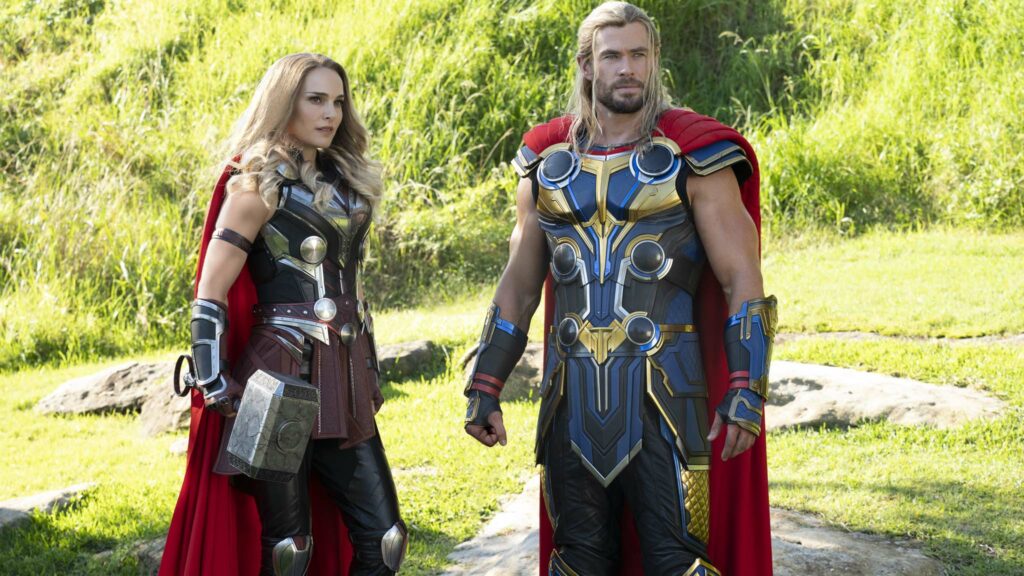 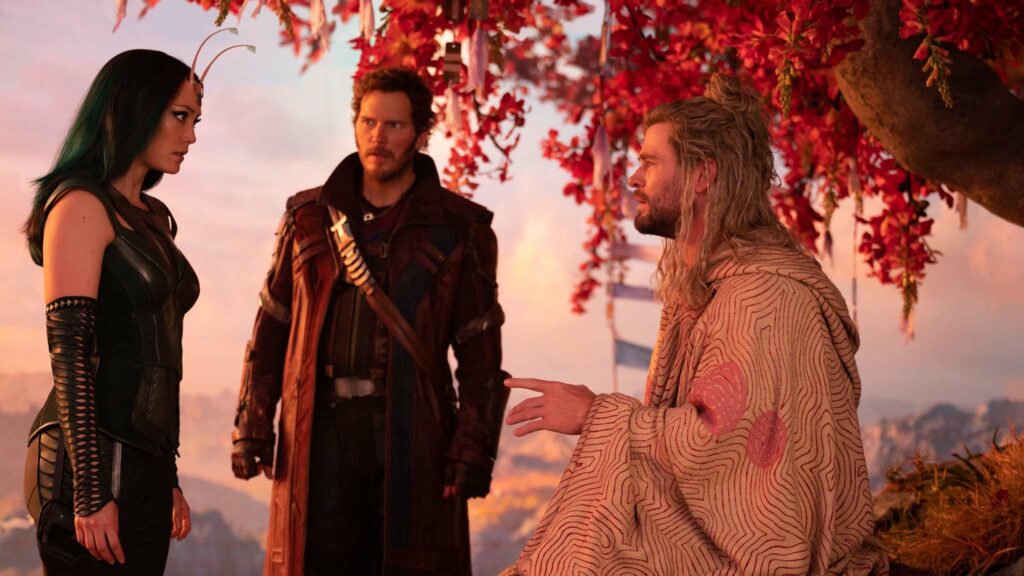 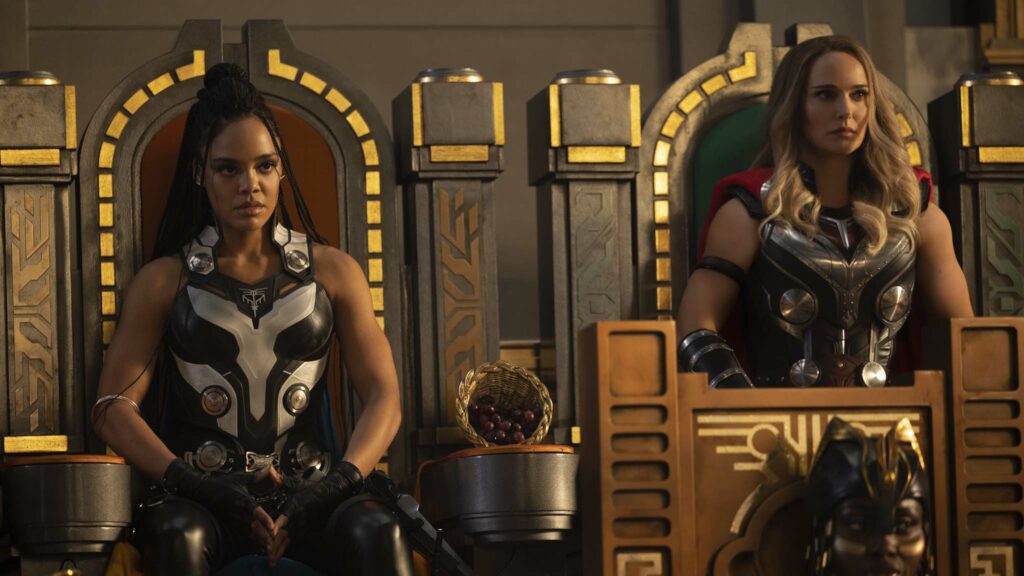 Review: Five years ago, the strapping Norse god of thunder, portrayed by Chris Hemsworth with laid-back Antipodean charm, got his mojo back in Thor: Ragnarok. The deliriously entertaining romp directed by Oscar winner Taika Waititi was perfect light relief before the devastating losses of Avengers: Infinity War and Endgame, which concluded phase three of the Marvel Cinematic Universe by temporarily severing Thor’s ties to New Asgard to allow the heartbroken hunk to explore new worlds with the sharp-shooting Guardians Of The Galaxy.

Thor: Love And Thunder welcomes back Waititi to the director’s chair to serve up a similarly heady cocktail of action-packed spectacle and raucous humour including cheeky cameos for Matt Damon, Sam Neill and Melissa McCarthy to poke fun at the rampant commercialisation of the Marvel brand. A script co-written by Waititi and Jennifer Kaytin Robinson careens wildly between light and dark, addressing grief, terminal illness and self-sacrifice in one gut-wrenching breath before Hemsworth casually loses all of his clothes and female co-stars faint on-screen at his artfully concealed magnificence.

Tonal shifts can be jarring and Christian Bale’s all-guns-blazing performance as a vengeful villain is on a different plane to everyone else in the gung-ho odyssey. As messy as this fourth solo outing gets, replete with screaming goats and an army of pint-sized helpers pithily referred to as Team Kids In A Cage, Waititi retains focus on the emotional bonds between characters destined to ascend to the hallowed pantheon of Valhalla.

Separated from magical hammer Mjolnir, which was shattered in Thor: Ragnarok, the strapping Norse god of thunder (Hemsworth) has a new weapon – a mighty axe called Stormbreaker – as he answers cries for help alongside Star-Lord (Chris Pratt), Drax (Dave Bautista), Nebula (Karen Gillan), Mantis (Pom Klementieff), Rocket (voiced by Bradley Cooper) and Groot (Vin Diesel). These gung-ho heroics with the Guardians Of The Galaxy are a welcome distraction from the pain of losing his one true love, pre-eminent astrophysicist Jane Foster (Natalie Portman).

A distressing vision ushers Thor and rock-like warrior buddy Korg (Waititi) back to New Asgard, ruled by Valkyrie (Tessa Thompson), where accursed Gorr the God Butcher (Bale) lays a diabolical trap as part of his plan to slaughter all deities with the fabled Necrosword. Thor offers a robust defence alongside Jane, who has taken on the guise of the Mighty Thor with Mjolnir at her side. However, Thor, Mighty Thor and Valkyrie are no match for Gorr and his relentless army of shadow creatures, which can snatch screaming children from their beds. The heroes seek reinforcements and head to Omnipotence City where thunderbolt-wielding Zeus (Russell Crowe) reigns supreme.

Thor: Love And Thunder feels disjointed compared to its predecessor and there are noticeably fewer laughs but the pleasures comfortably outweigh the pain. Hemsworth flexes dramatic muscles in key scenes with Portman and Waititi’s sidekick provides effervescent comic relief, predominantly in voiceover. Action sequences are briskly choreographed with a heavy reliance on digital effects. Thor Will Return teases the end credits. Oh gods.