The Electrical Life Of Louis Wain (12A) 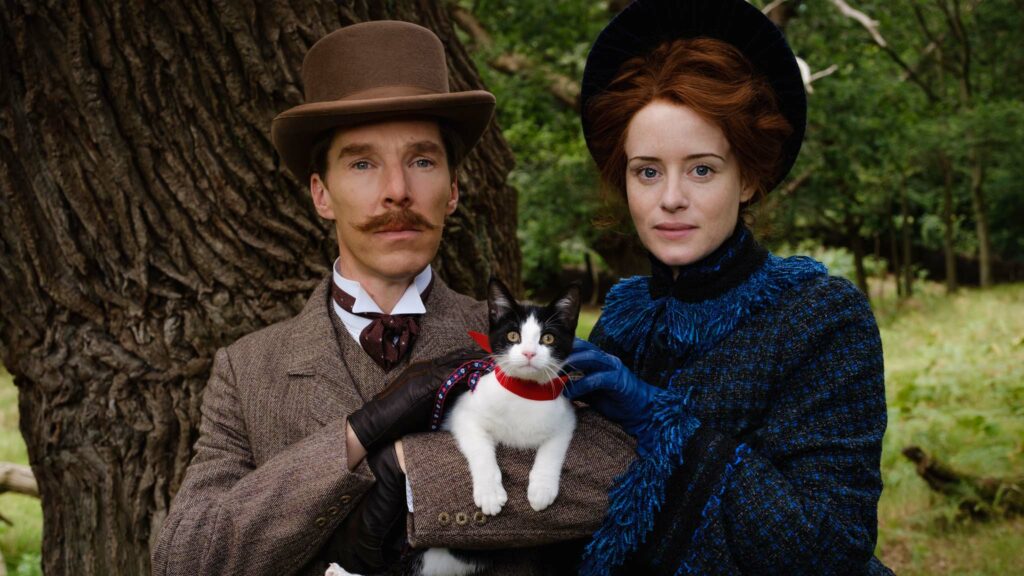 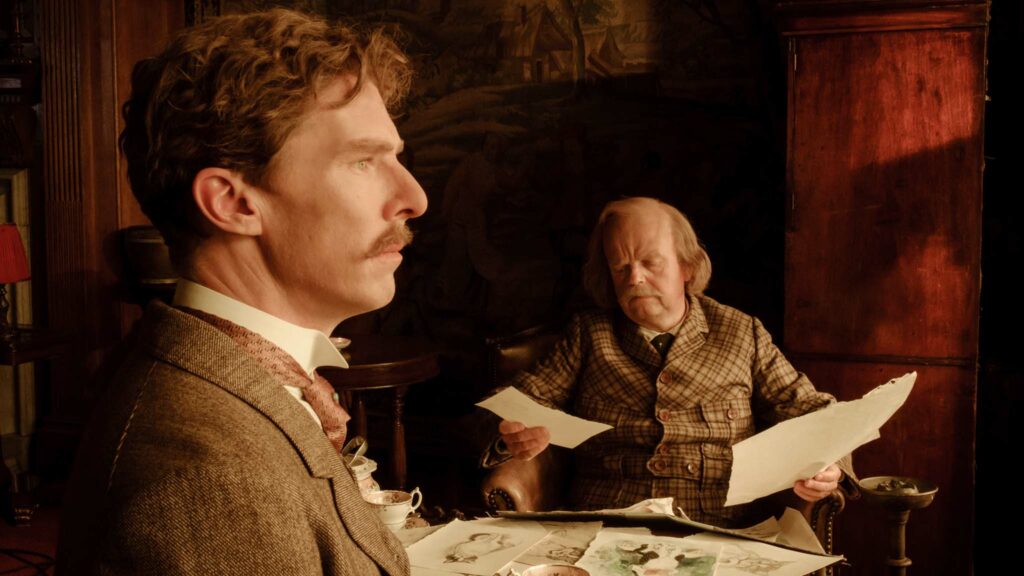 Review: During a tender exchange in director Will Sharpe’s biographical drama about the impoverished artist who altered Victorian England’s perceptions of the humble cat, the titular creative is lovingly likened to a prism through which beams of light refract. It’s a delightful description of the joy that radiated from the work of a social misfit, who was plagued by crippling bouts of depression and would probably be diagnosed on the autistic spectrum today. Sadly, the same light does not emanate from The Electrical Life Of Louis Wain.

Sharpe’s wilfully offbeat portrait of conflicted artistic genius lacks clear narrative focus and hastily sketches supporting characters but neglects to colour them in. A script co-written by Simon Stephenson and Sharpe provides Benedict Cumberbatch with an eye-catching central role and he confidently surfs the crashing waves of Wain’s inner turmoil including a heart-breaking breakfast scene that speaks volumes without having to say a word. Pleasing on-screen chemistry with Claire Foy, tested to breaking point by that most reliable dramatic device (terminal illness), papers over some of the cracks but with a running time close to two hours, Sharpe’s picture outlives our patience and good will. Olivia Colman’s pithy narration scene steals from a venerable supporting cast including Andrea Riseborough, Hayley Squires and Toby Jones trapped within this cinematic painting by numbers.

Love blossoms between the reluctant master of the house and Emily, risking a scandal fuelled by one nosy neighbour described as “the blabberiest mouth this side of the River Thames”. They marry and soon after, Emily is diagnosed with breast cancer. “I’m the one who’s ill, Louis. Don’t you start wallowing in it too,” Emily orders her terrified spouse and he begins to draw a stray cat, which they christen Peter. Louis’ pictures of anthropomorphised moggies shift the public’s perception of the animals from simple mouse-catchers to cherished companions.

The Electrical Life Of Louis Wain is hamstrung by the script’s faulty wiring, despite solid work from Cumberbatch and Foy. Colourful cameos by Nick Cave as HG Wells and Taika Waititi as American newspaper editor Max Kase pique our curiosity but we all know what killed the cat. Poor Peter.

Find The Electrical Life Of Louis Wain in the cinemas 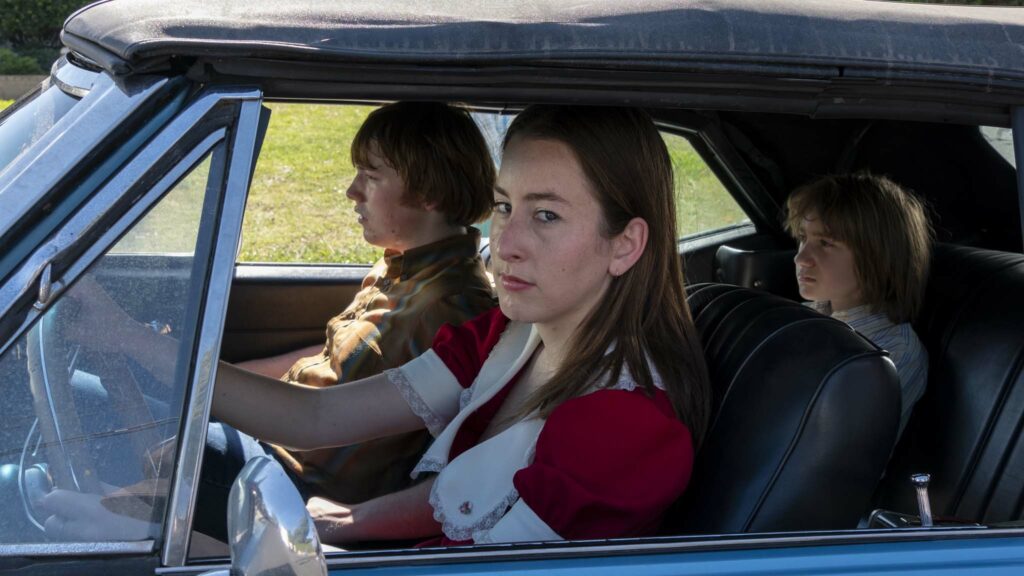 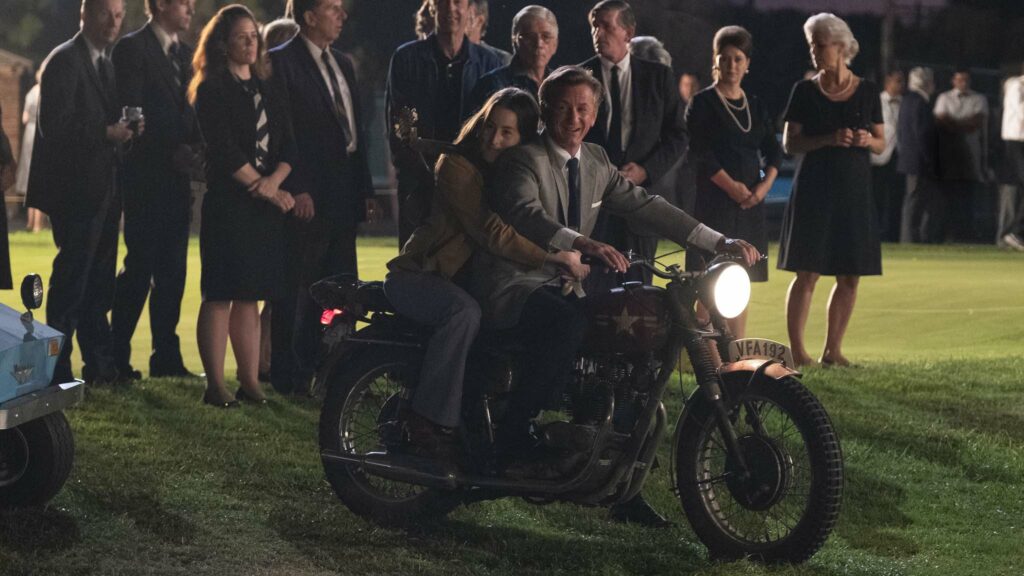 Review: Taking its title from a California music store chain and the slang term for a vinyl record, writer-director Paul Thomas Anderson’s nostalgia-drenched coming of age yarn chronicles pangs of first love in 1973 San Fernando Valley with the same free-flowing bonhomie as George Lucas’s American Graffiti. Groove is in the hearts of the lovable and occasionally infuriating central characters – a no-nonsense 25-year-old photographer’s assistant (Alana Haim) and a self-assured 15-year-old child star (Cooper Hoffman) – when their paths intersect on the day his high school queues for yearbook pictures.

Their first meeting is captured in the zinging dialogue of Anderson’s script, where prideful boasts (“I’m a showman. It’s my calling…”) are offset by flashes of painful and piercing self-realisation (“I don’t know how to do anything else.”) The filmmaker wrote the female lead specifically for Haim – one-third of the Los Angeles-based pop rock trio comprising sisters Alana, Danielle and Este, who portray bickering siblings on screen and are joined by their real-life parents Moti and Donna for amusing scenes of domestic discord around the dinner table.

It is a mesmerising big screen acting debut from the youngest member of the musical trinity, with an outside chance of an Oscar nomination for her endearing portrayal of a free spirit, who is California dreamin’ of something better than the wandering hands of her boss. Cooper Hoffman, son of Philip Seymour Hoffman, is almost as beguiling in his debut role, exuding optimism in every impeccably period-detailed scene.

Real-life characters from 1970s Hollywood provide loose inspiration for some of the oddballs who gatecrash the cosy existence of Alana Kane (Haim) after she entertains the romantic overtures of teen star Gary Valentine (Hoffman). She chaperones him to New York for a public appearance then briefly dates Gary’s rival (Skyler Gisondo) to the dismay of her smitten ward.

The topsy-turvy relationship recalibrates when Gary starts a waterbed business and invites Alana to dip her toes into the shallow end of the showbusiness pool where he paddles. Close encounters with gung-ho actor Jack Holden (Sean Penn), sexually voracious film producer Jon Peters (Bradley Cooper) – “I love tail. I love it so much it’s going to kill me one day!” – and fresh-faced mayoral candidate Joel Wachs (Benny Safdie) give Alana bountiful food for thought.

Licorice Pizza is scruffily charming and aimless like the characters. Haim and Hoffmann jive sweetly, underplaying their roles to anchor the picture in realism when supporting performances veer towards exaggeration. Anderson’s script ricochets at speed between bittersweet vignettes like a shiny orb bouncing off bumpers in one of the newly legalised pinball machines that opportunist Gary buys after a tip-off. With a couple of cheeky nudges, his excitable customers and Anderson’s picture score big.

Find Licorice Pizza in the cinemas