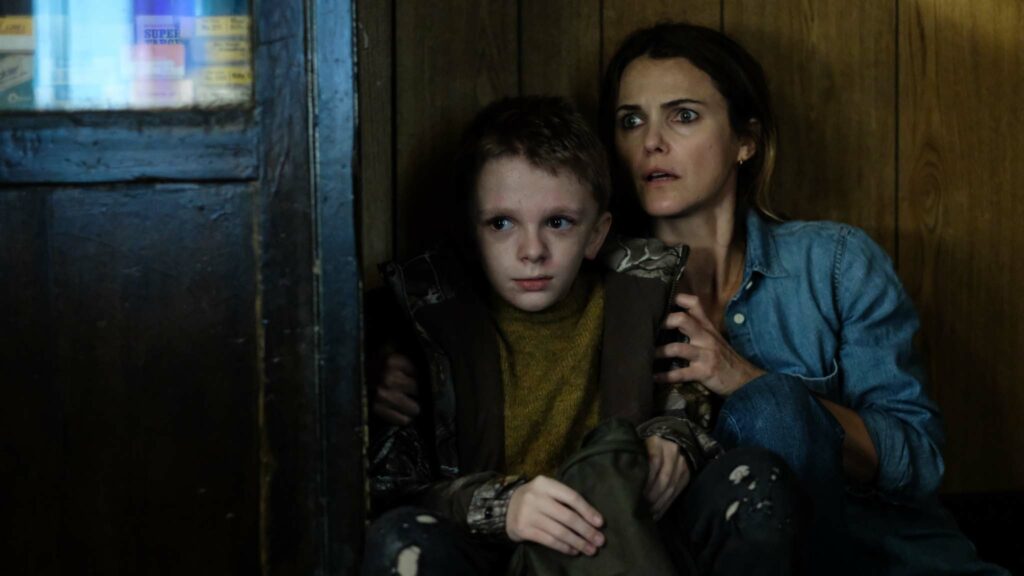 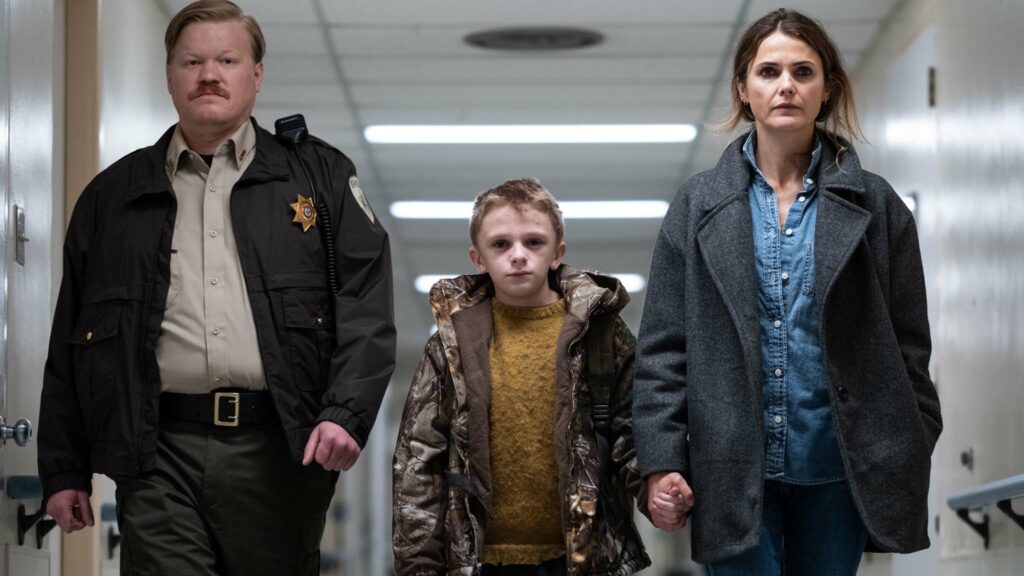 Review: Myths and monsters rooted in storytelling traditions have consistently fuelled the flames of creativity in horror films. Lucrative franchises have been spun from a videotape which supposedly kills the viewer seven days after watching the contents, and a hook-handed bogeyman summoned by calling his name five time into a mirror. The legend of the Wendigo, a deer-like creature and evil spirit immortalised in the oral traditions of Native American Algonquian tribes, has manifested several times on the big screen, most recently in the 2019 remake of Pet Sematary.

This cannibalistic monstrosity feasts on the lost, frail and depraved in Antlers, a supernatural horror based on the short story The Quiet Boy by Nick Antosca, which boasts Oscar winner Guillermo del Toro (The Shape Of Water) as one of the producers. Director Scott Cooper confidently unsettles with a subterranean opening sequence then steadily cranks up tension as unspeakable horrors behind a locked attic door threaten a rural American community decimated by the decline of mountain-top mining and opioid misuse. A haunting lead performance from teenager Jeremy T Thomas tethers the film’s more fantastical elements to cold, rain-lashed reality, which cinematographer Florian Hoffmeister exploits to chilling effect, including a couple of decent jump scares in the dark.

Twenty years after she fled her isolated Oregon hometown and her abusive father, Julia Meadows (Keri Russell) returns to the family nest to rebuild bridges with her younger brother Paul (Jesse Plemons). The old man is now dead but the siblings’ psychological wounds are painfully evident. Phantoms manifest as waking nightmares and Julia barely resists the urge to seek oblivion in a liquor bottle from the local store.

While Paul replaces Warren Stokes (Graham Greene) as town sheriff and serves the community assisted by officer Dan Lecroy (Rory Cochrane), Julia shapes young minds as a middle school teacher. She becomes deeply concerned about the wellbeing of 12-year-old pupil Lucas Weaver (Thomas), whose meth dealer father (Scott Haze) is supposedly home-schooling Lucas’s younger brother (Sawyer Jones). A disturbing drawing by the malnourished child forces Julia to take action. “This is a cry for help. Take it from someone who can diagnose abuse,” she warns the school principal (Amy Madigan).

Antlers is a satisfying slow build interspersed with flashbacks to Julia’s traumatic childhood, which constitute a horror story on their own. Del Toro’s regular concept designer Guy Davis and creature effects supervisor Shane Mahan recall the hulking faun from Pan’s Labyrinth with their Wendigo, which they conceal for as long as possible. In another echo of del Toro’s work, heart-rending interplay between the Weaver boys evokes similar emotions to the ghostly bonds of The Devil’s Backbone. Composer Javier Navarrete demonstrates restraint with his score, allowing the palpable pain on screen to jangle nerves rather than staccato bursts from a string section.

Find Antlers in the cinemas

Chuck Steel: Night Of The Trampires (15) 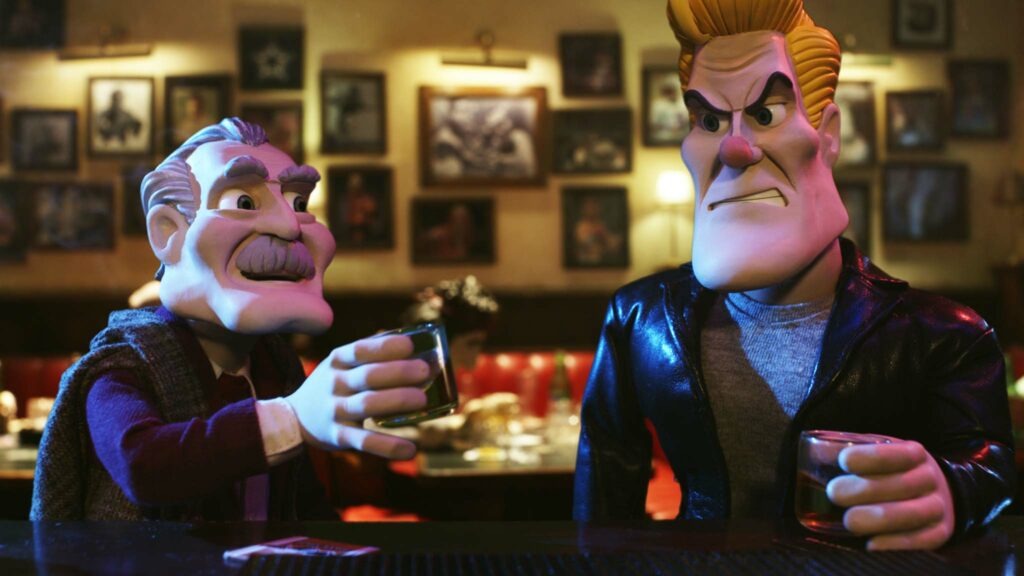 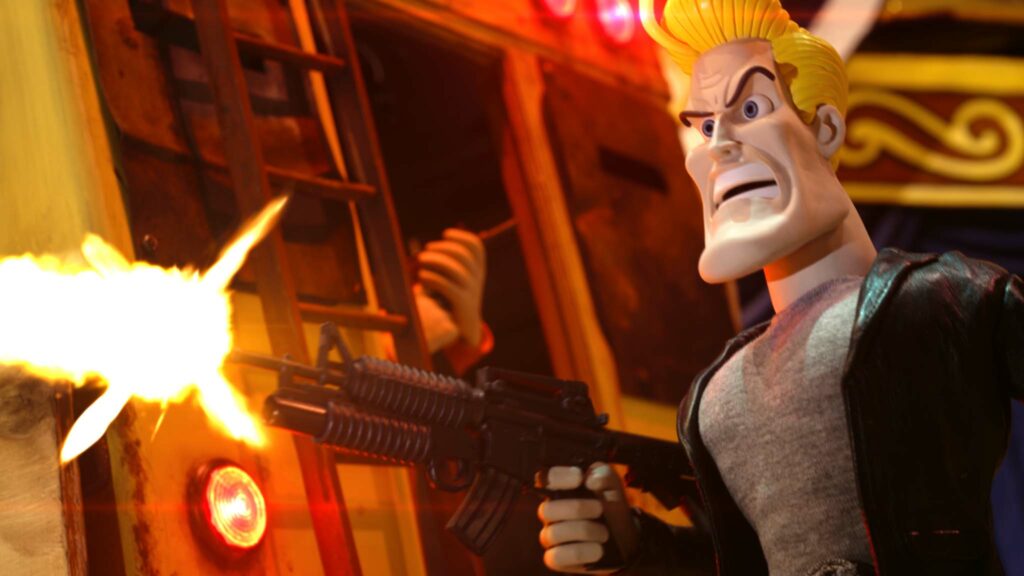 Review: Justice walks the streets of 1980s Los Angeles as a politically incorrect, chauvinist police detective in writer-director Mike Mort’s foul-mouthed spoof of buddy cop comedies and B-movie horrors. Dripping with stop-motion animated gore that nods and winks to Gremlins and The Golden Child, Chuck Steel: Night Of The Trampires begins strongly with a night-time attack by the titular bloodsuckers before a nostalgic, big-haired blast of Burning Up by 1980s rock band Tobruk.

Lethal Weapon is an obvious inspiration for Mort’s profanity-strewn script (Danny Glover’s catchphrase as Sergeant Roger Murtaugh is lovingly recycled) along with Die Hard and Fright Night while the film’s animation style pays homage to a pioneer in the field when a trampire hunter leaps onto fanged prey with the battle cry: “Harryhausen!” Unfortunately, Mort’s picture runs dry of creativity before the final splashes of holy coffee have restored peace to the city.

Indeed, the more time we spend in the company of the “misogynistic Neanderthal” hero, whose life philosophy is to never stick an appendage in a manhole, the greater our desire to see him with a stake through the blackened heart. Action sequences are amusingly overblown, including a car chase that culminates in an exploding petrol tanker and collateral damage which Steel estimates to be, “more than a little, but less than a lot”. That perfectly sums up the amount of enjoyment to be gleaned from Mort’s picture.

Square-jawed LAPD detective Chuck Steel (voiced by Mort) is haunted by the death of his wife Lucy (Samantha Coughlan) at the hands of a criminal arch-nemesis. He manifests rage and grief by physically assaulting his cross-dressing commanding officer, Captain Jack Schitt (Mort again), and recklessly destroying public property in pursuit of justice. Psychiatrist Dr Alex Cular (Jennifer Saunders), who is dedicated to coaxing “emotionally scarred police officers back from the brink of self-destruction”, has the unenviable task of counselling Steel as he works through a list of expendable partners including wide-eyed rookie Koslowski (Sam Roe) and Swedish cultural exchange recruit Ingrid Klutz (Romano Marenghi).

Steel refuses to curb his suicidal tendencies – “I’ll have a fire in my body till I’m dust in the wind,” he growls – which comes in handy when billionaire industrialist Harold Brownlow (Dan Russell) is attacked by a half-vampire half-tramp denizen of the night. Steel reluctantly joins forces with doddering trampire hunter Abraham Van Rental (Mort… again) to eradicate the bloodsucking threat from the streets.

Chuck Steel: Night Of The Trampires is evidently a labour of love for writer-director Mort and the painstaking on-screen artistry to manipulate hundreds of expressive puppets is impressive. It’s a pity his script can’t match the ambition and a strong voice cast, particularly Jennifer Saunders and Paul Whitehouse, is poorly served by the writing.

Find Chuck Steel: Night Of The Trampires in the cinemas 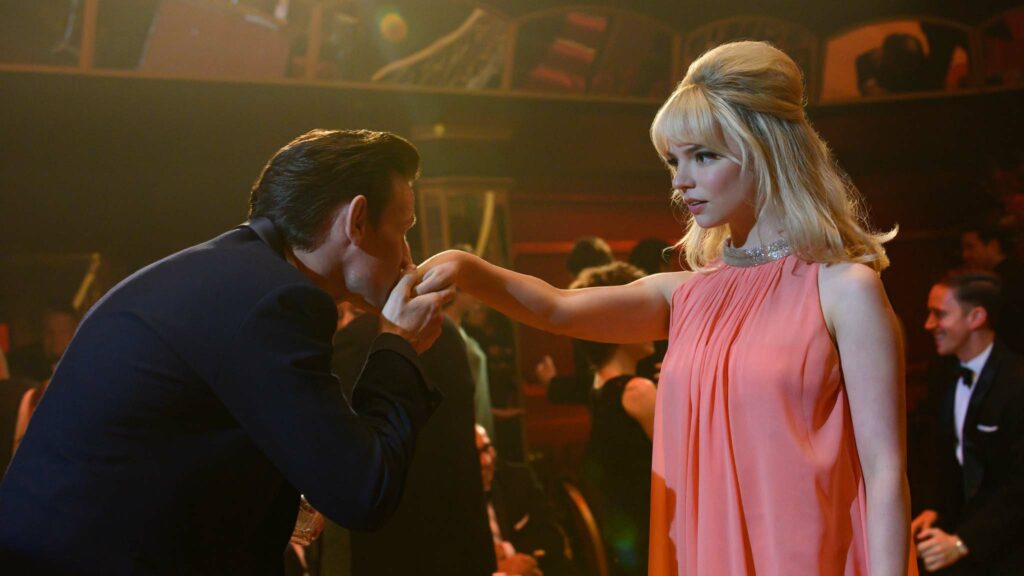 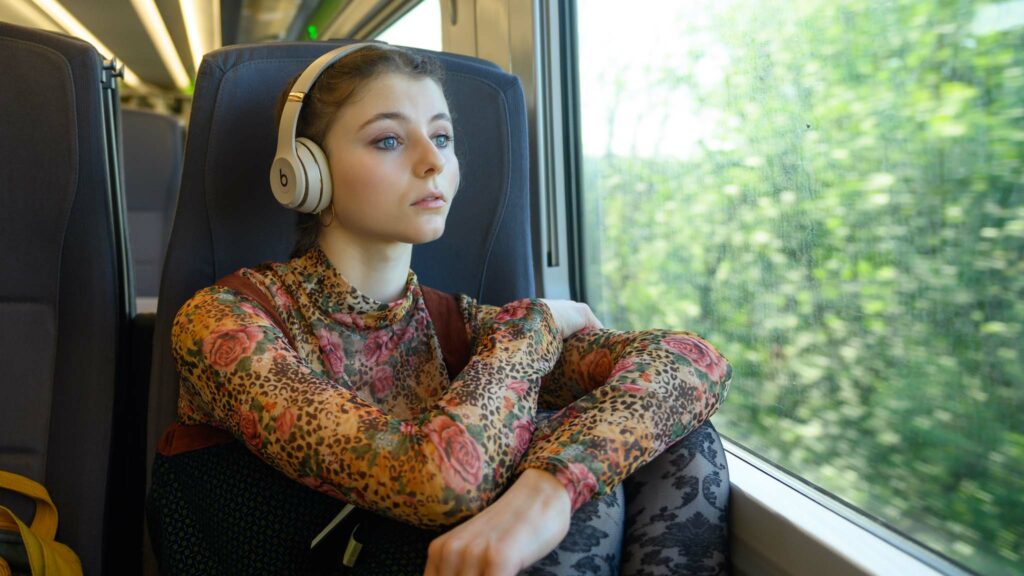 Review: A shrinking violet with a penchant for Dusty Springfield gets a terrifying glimpse of the sordid desires of 1960s London in director Edgar Wright’s time-travelling horror thriller, which leaves us wishin’ and hopin’ for originality the longer it drags on. Structured as a murder mystery that repeatedly blurs present and past, Last Night In Soho conceals its ho-hum narrative behind layers of dazzling production and costume design and the luridly lit cinematography of Chung Chung-hoon.

He works closely with Wright to construct intricately choreographed sequences festooned with mirrored reflections, which allow lead actresses Thomasin McKenzie and Anya Taylor-Joy to seemingly inhabit the same environment, even though their tortured characters exist in timeframes more than 50 years apart. The director’s gift for enlivening scenes with canny soundtrack selections (the film’s title references a 1968 track by Dave Dee, Dozy, Beaky, Mick & Tich) includes an inspired use of Cilla Black’s “You’re My World”.

The script co-written by Wright and Krysty Wilson-Cairns sidesteps logistics – could a teenager feasibly cover the rent of a central London bedsit and the associated living costs from late-night bar work? – to engineer mild spectral scares. Dame Diana Rigg delivers her final screen performance as an eccentric landlady while Terence Stamp merrily chews scenery as the tangled connective tissue between the film’s blood-soaked timeframes.

Painfully shy teenager Eloise Turner (McKenzie) inherited her love of swinging 1960s fashion and vinyl from her mentally ill mother, who harboured dreams of designing couture in London before she took her own life. Eloise’s parent also bequeathed her daughter another precious gift: psychic sensitivity to phantoms of the past. The aspiring designer is accepted into London College of Fashion and she bids farewell to her fretful grandmother Peggy (Rita Tushingham) in Redruth to travel to the bustling capital.

Snooty, attention-grabbing roommate Jocasta (Synnove Karlsen) is less than welcoming at the halls of residence. Consequently, Eloise takes up lodgings in the musty Fitzrovia attic of Miss Collins (Diana Rigg) where the student experiences unsettling visions of aspiring singer Sandie (Taylor-Joy) and menacing admirer Jack (Matt Smith), who meet in 1965 London in the glittering surroundings of the Cafe de Paris. Timelines become dangerously blurred as Eloise inhabits Sandie’s body by night and dyes her hair blonde to take on the chanteuse’s striking appearance by day.

Find Last Night In Soho in the cinemas