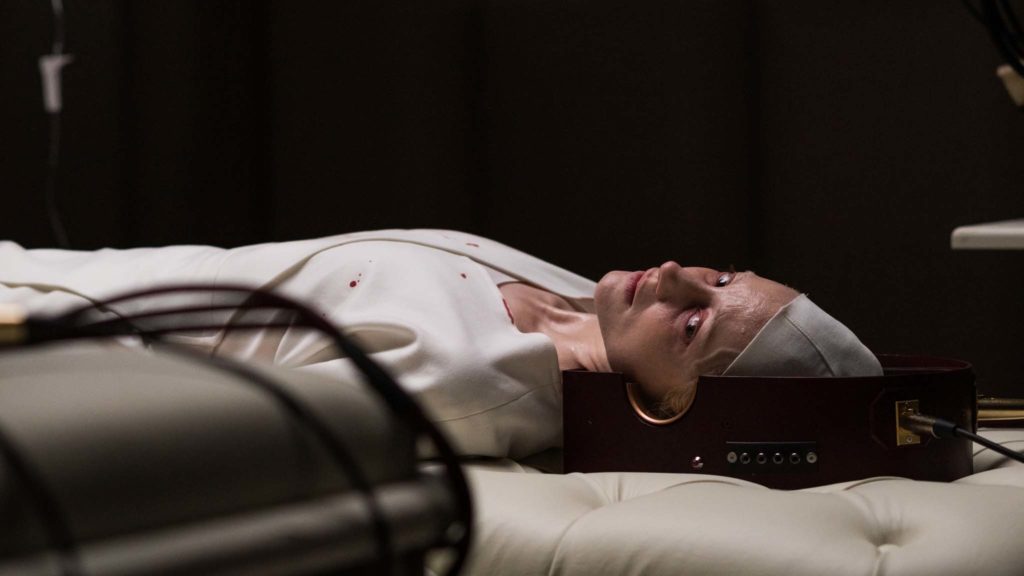 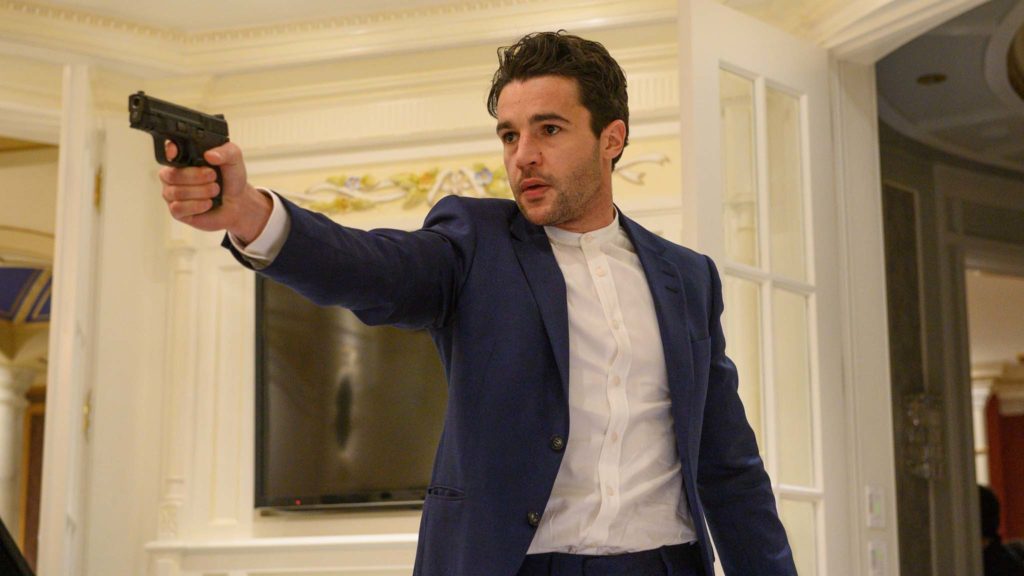 He bombards us with wince-inducing close-ups of needles and various sharp objects puncturing human flesh. Blood cascades freely over expertly lit frames, which possess a woozy, nightmarish quality thanks to cinematographer Karim Hussain’s visual stylings. Molten prosthetics morph the facial features of lead actors Andrea Riseborough and Christopher Abbott as one slips inside the other, playing a neat body swap premise for nail-biting thrills rather than giggles. Tension is palpable when the latter’s girlfriend becomes concerned about his erratic behaviour – “You’ve gone strange on me” – heightening the possibility that the elaborate deception will be exposed.

In a bleak, dystopian near future, corporate assassin Tasya Vos (Riseborough) takes control of other people’s bodies using brain-implant technology. She successfully executes a lawyer at a drinks party in the guise of waitress Holly Bergman (Gabrielle Graham) then severs the neural connection. “Our next contract is almost finalised and it’s a big one,” smiles Tasya’s boss Girder (Jennifer Jason Leigh) during the debrief. They are being hired by Reid Parse (Christopher Jacot) to seize control of technology company Zoothroo, run by his bullying stepfather, John Parse (Sean Bean).

The plan is to control the body of Colin Tate (Abbott), who is dating John’s daughter Ava (Tuppence Middleton), and kill the CEO and Ava at a forthcoming dinner party, clearing the path for Reid’s boardroom coronation. “Once we own Reid, we own the company,” observers Girder. Tasya spends quality time with her estranged husband Michael (Rossif Sutherland) and young son Ira (Gage Graham-Arbuthnot) before her mission. Unfortunately, the assassination doesn’t unfold as intended and Tasya becomes trapped inside Colin’s body.

Possessor is a hallucinogenic sci-fi thriller which gives new meaning to the concept of a hostile takeover. Cronenberg relishes the topsy-turvy powerplay between strong male and female personalities. While his script is infuriatingly ambiguous in its intentions, the performances of Riseborough and Abbott are consistently discomfiting since we are never entirely sure who is in control of Tate’s actions as the plot spirals sickeningly out of control. An artfully composed centrepiece sex scene featuring full frontal male nudity, which blurs genders and writhing physical forms, is particularly striking. You’ll need a very strong stomach when Cronenberg serves just desserts – his final course is a veritable bloodbath starved of sentimentality.

Find Possessor in the cinemas