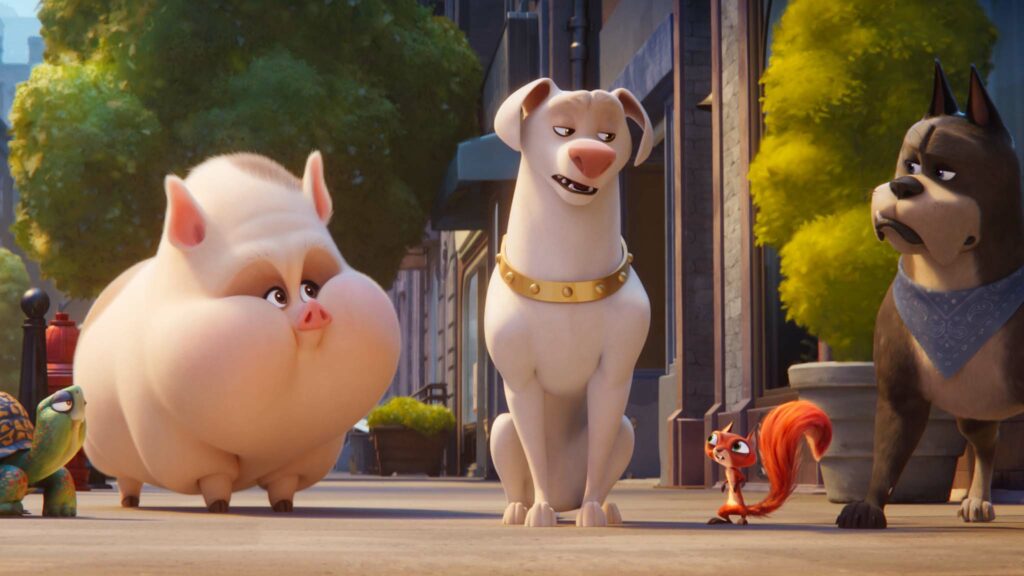 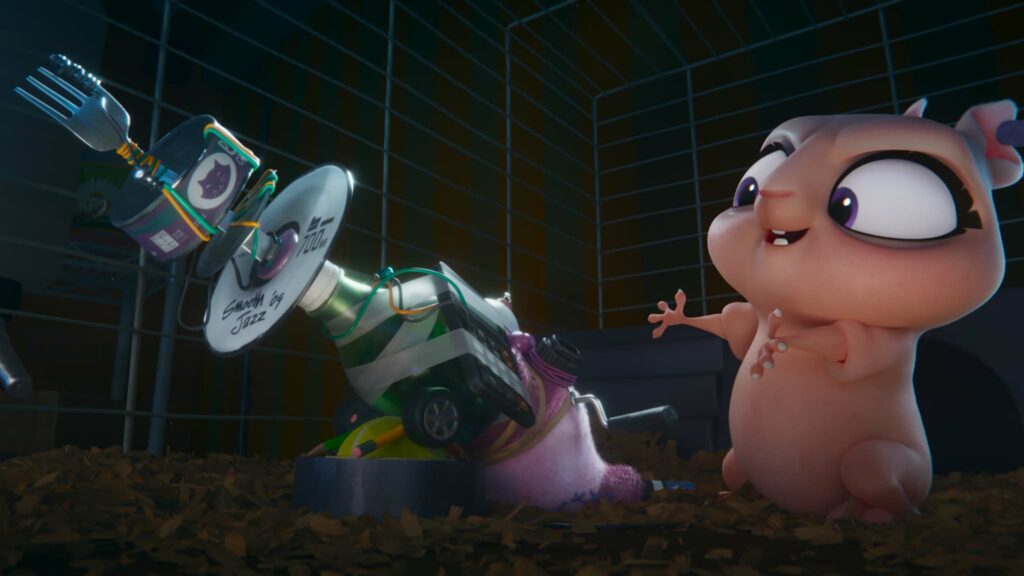 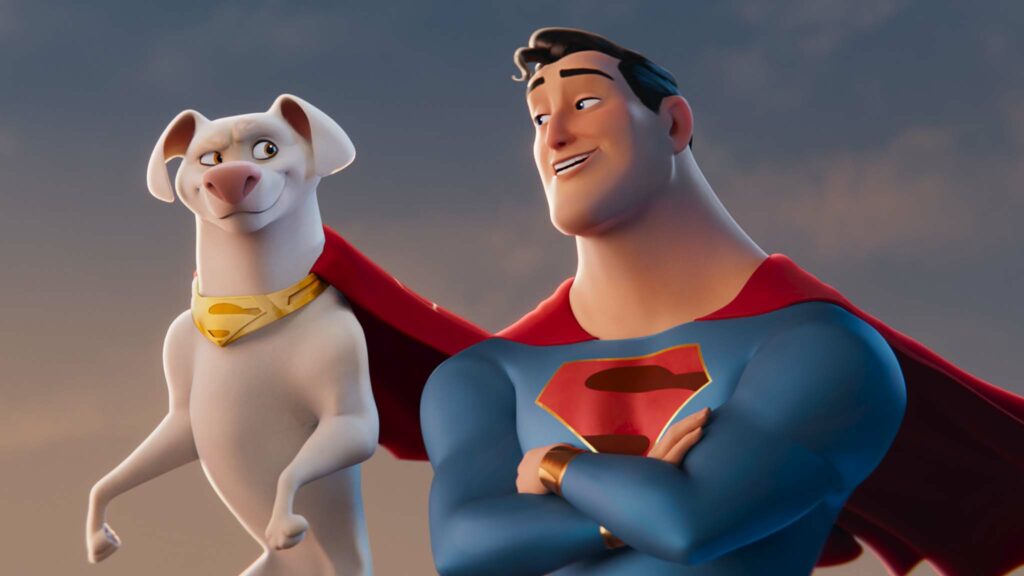 Review: Every dog, potbellied pig, turtle and red squirrel has its day in an exuberant computer-animated comedy based on DC Comics characters, who first appeared in print 60 years ago. The feature film directorial debut of Jared Stern, one of the screenwriters of The LEGO Batman Movie, shares creative DNA with that rumbustious picture distilled into an irreverent script co-written by John Whittington. Tails wag when an excitable pooch answers the call of a Batman-shaped vinyl squeaker and a deadpan Dark Knight (voiced by Keanu Reeves) observes the reverie and growls: “That better be a licensed toy… or I will freak out!”

DC League Of Super-Pets enthusiastically goes for walkies with familiar characters including Superman, Wonder Woman and Aquaman but shifts focus to the motley crew of critters who will join the Justice League as valiant sidekicks. It’s an outlandish origin story on paws, flippers and trotters that tugs shamelessly on animal lovers’ heartstrings and gifts Kate McKinnon a plum vocal role as a furless antagonist with self-delusions of grandeur who is, by her own cackling admission, “a few guineas short of a pig!”. Dwayne Johnson and Kevin Hart rekindle their bickering bromance from the Jumanji films as canine compatriots, whose initial distrust mellows – predictably – into unerring loyalty.

Krypto the Super-Dog (Johnson) fights alongside Superman (John Krasinski) in Metropolis, thwarting the evil schemes of arch-nemesis Lex Luthor (Marc Maron). “Superman and I are inseparable. I’m his ride or die,” observes the otherworldly pooch, who sports a matching red cape attached to a gold collar. The unbreakable bond between Kryptonian exiles is tested when Superman prepares to propose to Daily Planet reporter Lois Lane (Olivia Wilde).

DC League Of Super-Pets strikes a pleasing balance between action-oriented set pieces and interspecies angst not too far removed from The Secret Life Of Pets (also featuring a lively vocal performance from Hart). Stern’s picture, co-directed by Sam Levine, has moments when it truly soars (“Pup-up and away!”) and there is clear potential for a family-friendly franchise to trot alongside darker forays into a sprawling live-action universe of tormented heroes and villains. A couple of additional scenes embedded in the end credits provide additional giggles and cute cross-promotion.

Find DC League Of Super-Pets in the cinemas 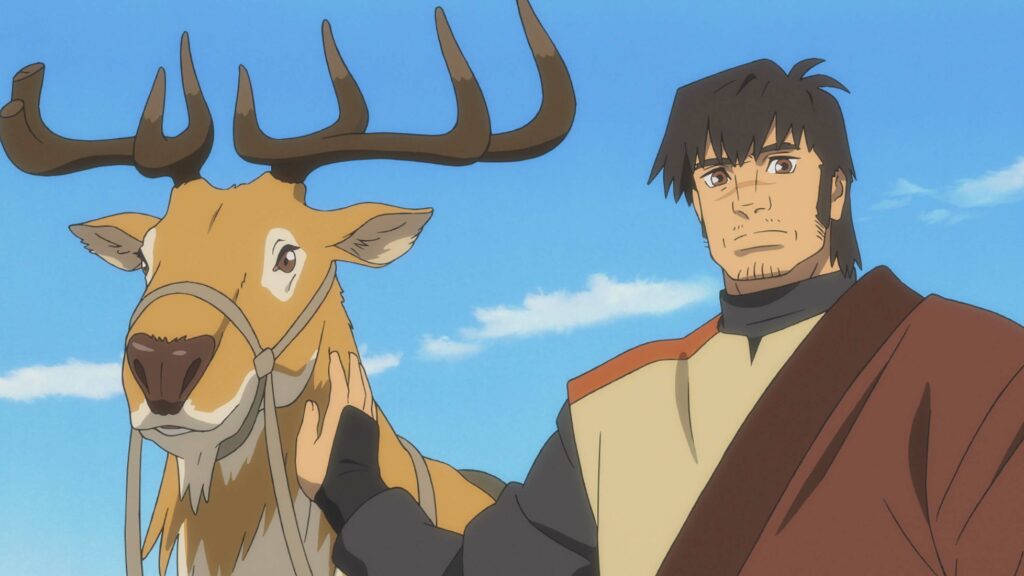 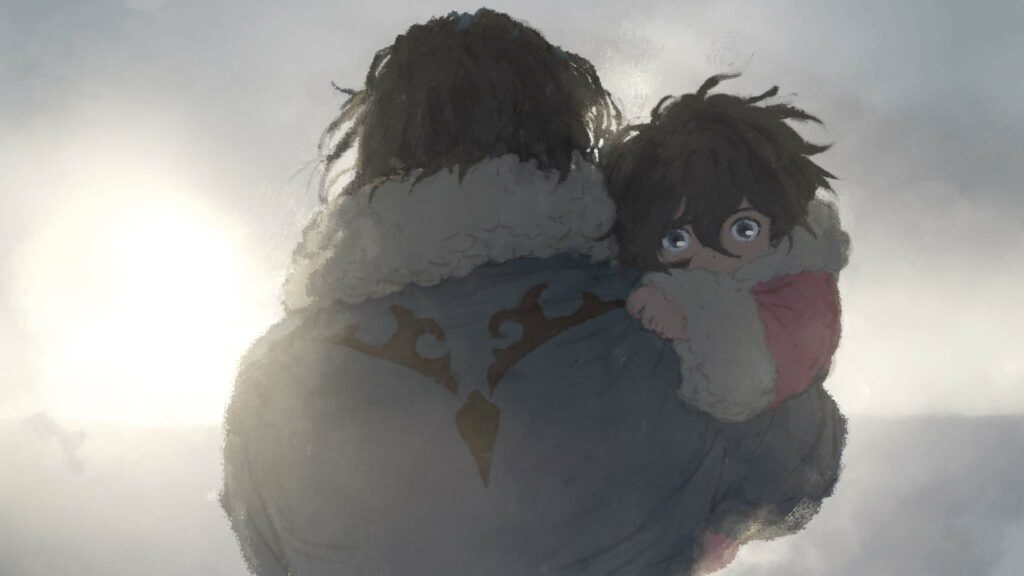 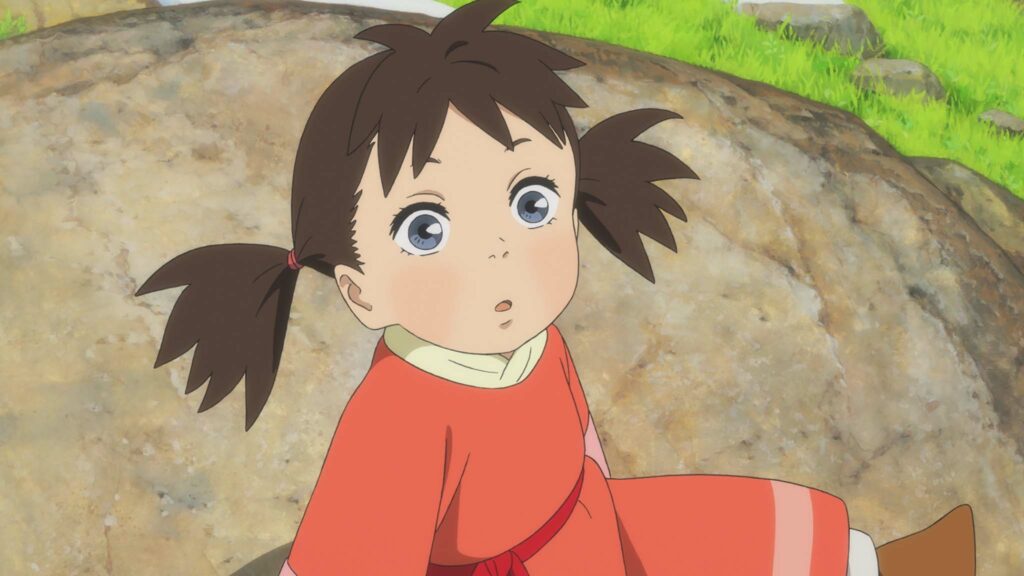 Review: For more than 35 years, Tokyo-based Studio Ghibli has been a standard bearer of emotionally rich, hand-drawn animation including My Neighbor Totoro, Princess Mononoke and Spirited Away, still the only foreign language winner of the Academy Award for Best Animated Feature. Two of the studio’s alumni, Masashi Ando and Masayuki Miyaji, honour the storytelling traditions and aesthetic of their artistic training ground as co-directors of a fantastical odyssey based on the novels written by Nahoko Uehashi.

Adapted for the screen by Taku Kishimoto, The Deer King owes an obvious debt to Princess Mononoke with its dreamy mysticism rooted in the natural world and an unexpected hero with a profound connection to majestic, hoofed beasts. Visually, Ando and Miyaji’s picture is a treat, employing earthy palettes for sweeping forest scenes and snow-laden vistas, and explosions of retina-searing colour for otherworldly visions emboldened by composer Harumi Fuuki’s orchestral score.

Unfortunately, screenwriting perpetually lags behind the sensory delights, slowly piecing together a tangled tale of scientific endeavour and political brinksmanship with the same urgency as the film’s two Machiavellian characters, who discuss underhand schemes over a game of chess. Alas, there is no rousing checkmate for Ando and Miyaji – just characters moving around in predictable patterns, making obvious sacrifices to nudge along a pedestrian plot.

A decade after a brutal war decided by the military might of the empire of Zol, the people of Aquafa are enslaved but not defeated. Rebellious spirits are buoyed by the re-emergence of an incurable disease, the mittsual, which only afflicts Zolians and is supposedly the retribution of dead Aquafaese. Van (voiced by Shin’ichi Tsutsumi), last surviving member of Aquafa’s most ferocious protectors, the Lone Antlers, endures back-breaking toil in a salt mine controlled by the ruling empire.

A pack of wild dogs, infected with the mittsual, attacks the subterranean facility, massacring 600 slaves and soldiers. Van and orphan girl Yuna (Hisui Kimura) are mauled but miraculously survive. They seek sanctuary with friendly Aquafaese en route to Fire Horse Village, fabled source of the contagion. Meanwhile, Zolian lord Yotalu (Atsushi Abe) urgently seeks an antidote to the mittsual for his ailing elder brother Utalu (Yutaka Aoyama), who sits on the throne. Sacred doctor Sir Hohsalle (Ryoma Takeuchi) believes Van holds the key to a cure, “if we had his blood and luck on our side.” A tracker (Anne Watanabe) is despatched to capture Van alive.

Released as the original Japanese version with subtitles and an English language dubbed edition, The Deer King lacks a spark of magic to meld impressive elements and tug heartstrings. Vocal performances are understated, some to the point of forgettability. A lovely end-credits sequence choreographed to Japanese singer-songwriter Milet’s bilingual pop ballad One Reason outshines the film’s official denouement. One reason to see Ando and Miyaji’s film? The breath-taking animation. 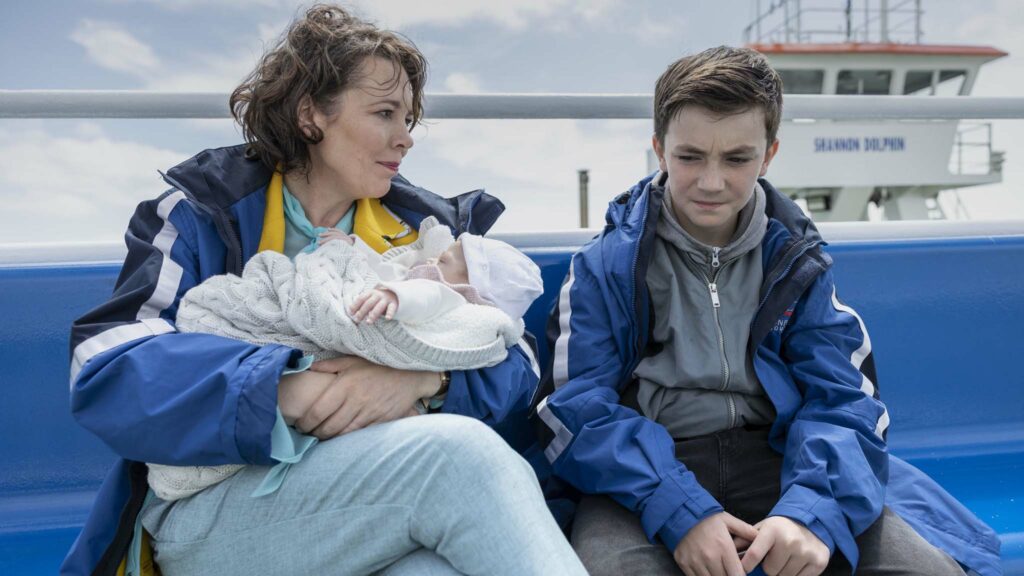 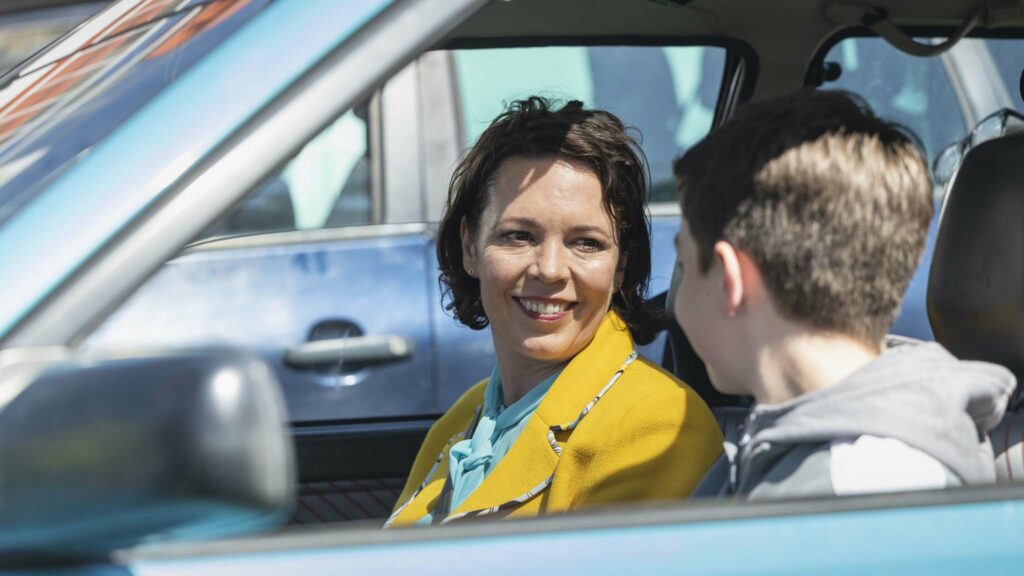 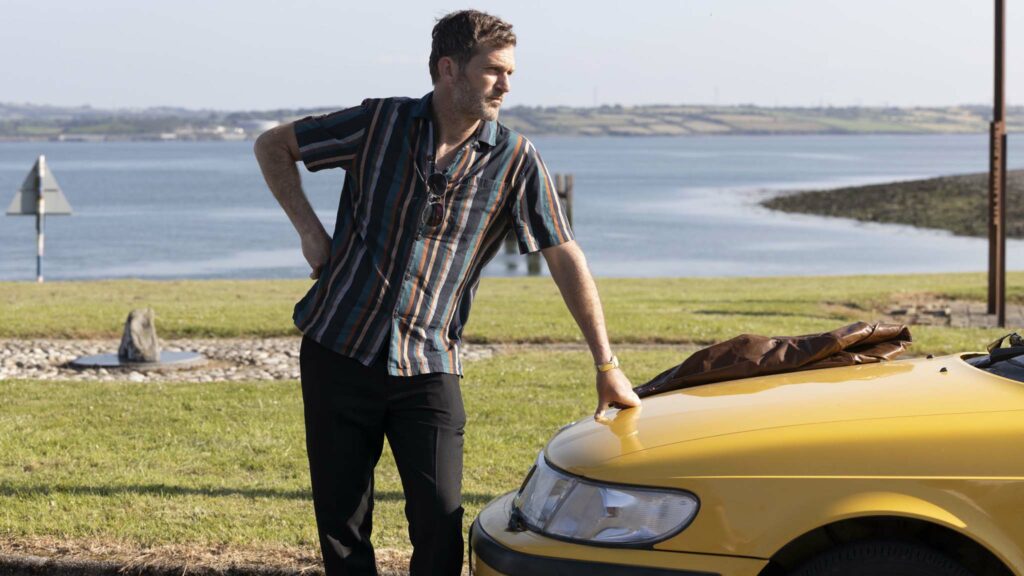 In arguably the best scene, Reid’s scallywag, wise beyond his years and well-versed in nappy changing from tending to young nieces, helps Colman’s nervous and reluctant mother to breastfeed successfully for the first time. The characters’ intimacy in this potentially awkward moment is conveyed with exquisite tenderness. Their duet of a TV theme tune accompanied by Tommy Tiernan’s ferry boat captain on whistle is delightful if extraneous to a ramshackle plot. Flashes of brilliance aside, screenwriter Ailbhe Keogan embraces implausibility with a ludicrous, high-speed escape from the law and a stand-off with airline staff. A joyride is supposed to be a perilous, high-speed jaunt in a stolen vehicle but director Reynolds prefers to hit the brakes than the accelerator.

Twelve-year-old Mully (Reid) collects glasses and belts out a rousing rendition of Cab Calloway’s Minnie The Moocher at a fundraising night for the cancer hospice that cared for his late mother Rita. Before last orders at The Greyhound, the kind-hearted tyke discovers that his conman father James (Lochlann O’Mearain) intends to abscond with the donations to settle spiralling debts. In a fit of anger, Mully snatches the money from his pa’s hand and leaps into the driver’s seat of a waiting taxi, unaware that hungover solicitor Joy (Colman) and her baby are slumbering in the back.

When Joy jolts back to consciousness, she forces Mully to accompany her on a haphazard road trip to Kerry Airport via the home of a best friend who will be taking care of the newborn while she is in Lanzarote. En route, Mully breaks down Joy’s emotional defences and compels the “practical and solution-oriented” solicitor to confront painful memories of her neglectful mother, who passed away nine months ago but still casts a long shadow. James gives chase, desperate to reclaim the donated cash before angry debtors break his limbs.

Joyride relies heavily on Colman and Reid to overcome deficiencies in the script with raw emotion. Both actors enrich their characters beyond the page. Supporting figures like O’Mearain’s wastrel father are minor speed bumps and it’s telling that he’s reduced to a blur in the background of a glib reckoning that assumes we will swallow a happy ending.

Find Joyride in the cinemas