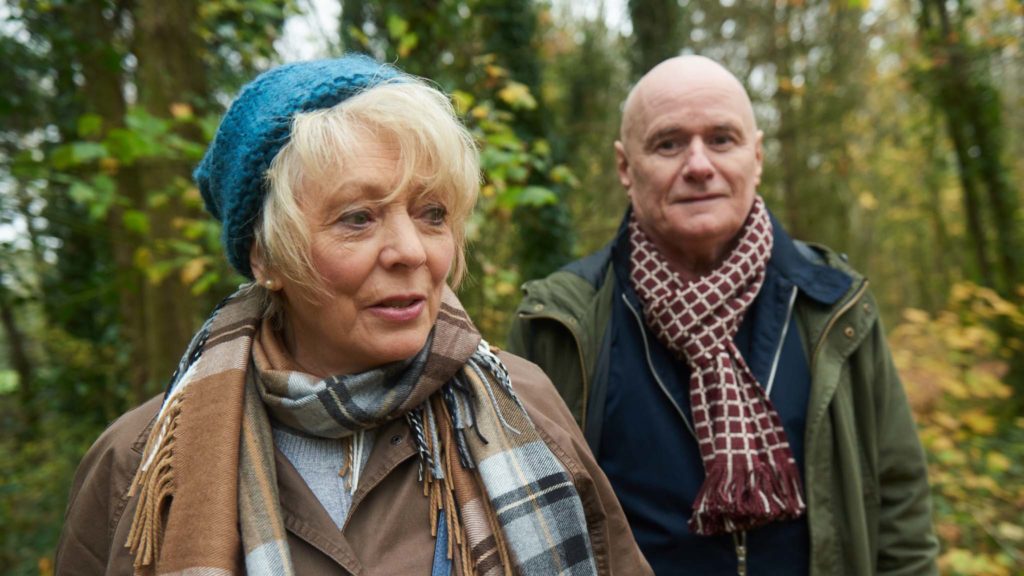 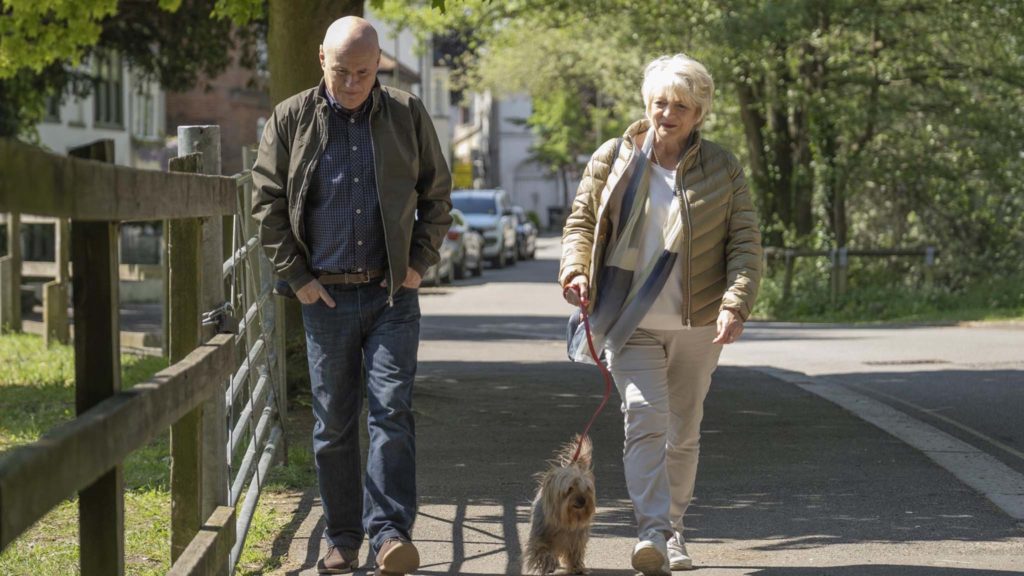 Review: Romance strolls casually into view in a gently paced drama written and directed by Paul Morrison, which explores vacillations of the heart for sexagenarian dog owners who have been dealt losing hands in love. Filmed on location in London and Hertfordshire, 23 Walks initially adheres to the promise of its title, captioning successive strolls on which the characters trade anecdotes and seek comfort. There is a pleasing rhythm to dialogue in Morrison’s script and he occasionally mines a poetic one-liner during heart to hearts like when one of the 60-somethings ruminates on dealing with grief: “It’s best to invite it in, make it your friend.”

Stand-up comedian Dave Johns, so magnificent in Ken Loach’s award-winning film I, Daniel Blake, and Alison Steadman bring these free-flowing confessionals to life with sincerity and conviction, hinting at the pain that could bind their lonely singletons. When Morrison eventually discloses the sources of their anguish, his film surrenders some of its easy-going charm and plausibility to contrivance and emotional manipulation, including an impromptu rendition of Consuelo Velazquez’s swooning bolero Besame Mucho during a misty morning stroll.

Mental health nurse Dave (Johns) is enjoying a walk with his five-year-old German Shepherd rescue dog Tilly when he encounters health centre receptionist Fern (Steadman) and her spirited Yorkshire Terrier in a leafy lane. Fern instinctively grabs her pride and joy. “Wouldn’t have hurt to have put him on a lead,” she snaps as they pass. Dave and Fern are creatures of habit and repeatedly cross paths. He introduces her to the splendour of King George’s Field in north London and suggests they walk together. “It’s a free country,” she responds. Dave slowly dismantles Fern’s emotional defences and sows the seeds of friendship.

He reveals that he lost his wife Marcy (Marsha Millar) and has two children – a gay son in Australia and a daughter Donna (Natalie Simpson), who has two adorable children. She confesses a glittering past as a member of The Tiller Girls at the London Palladium and confides that her second husband Jimmy (Graham Cole) recently traded her in “for a younger model”. When Fern mentions that she is due to attend her daughter’s wedding in the Canary Islands, enthusiastic linguist Dave suggests he teach her basic Spanish to impress the groom’s family.

23 Walks is an amiable travelling companion, flecked with warmth and good humour. Johns and Steadman deliver strong performances and their pleasantly simmering on-screen chemistry smooths some of the script’s deep wrinkles when Dave and Fern grapple for the right words. Four-legged co-stars quietly scene-steal and tug our heartstrings when the spectre of tragedy saunters through the undergrowth of the film’s tangled second half.

Find 23 Walks in the cinemas 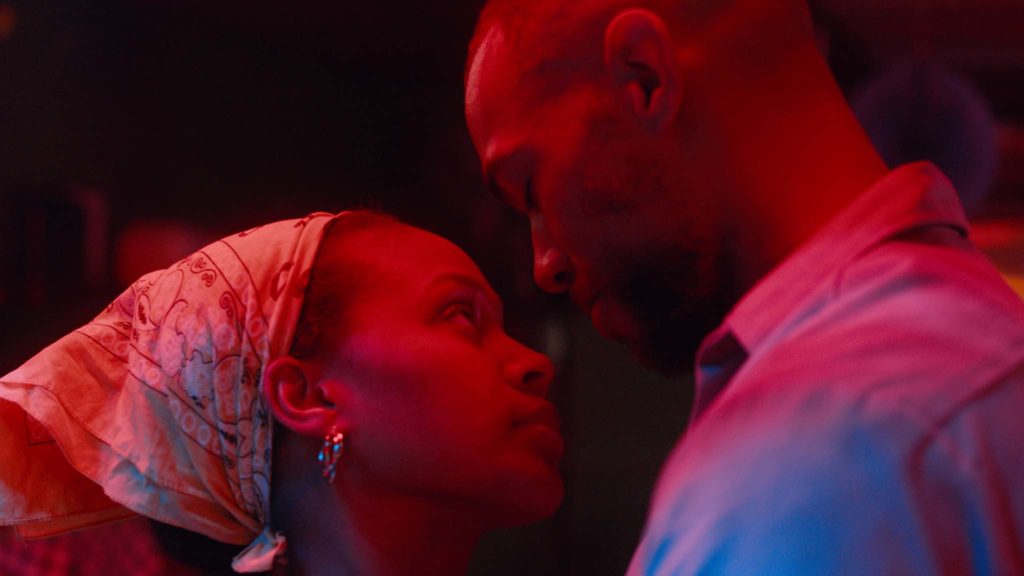 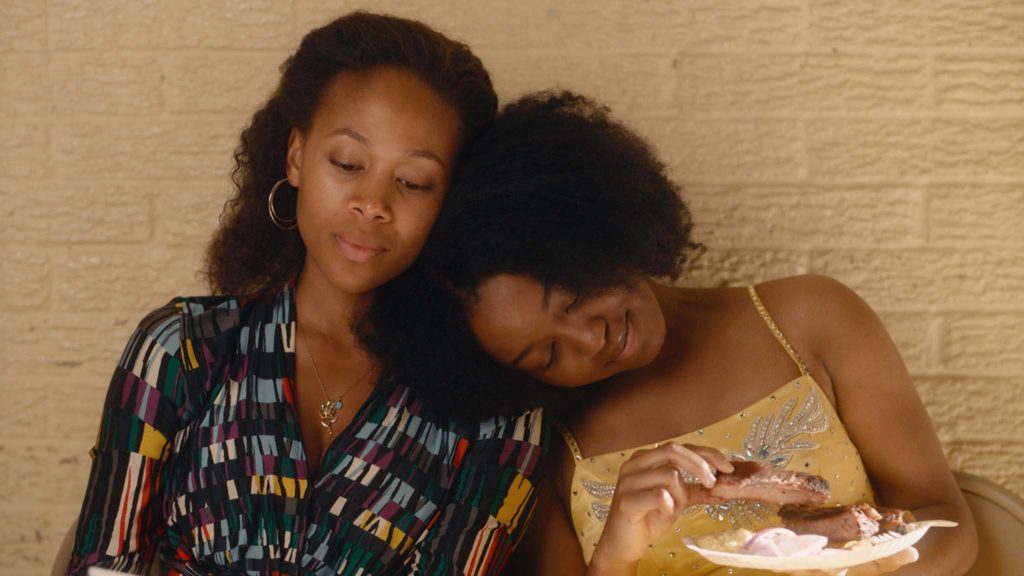 Review: A doggedly determined mother pins her dreams on her teenage daughter in writer-director Channing Godfrey Peoples’ assured debut, which empowers nuanced female characters to find their voices and speak their truths. Turbocharged by a powerhouse central performance from Nicole Beharie, Miss Juneteenth nimbly sidesteps some predictable plot choices to quietly and proudly preach the strength of African American women today. Peoples’ film wears a Texan heart on its sleeve as lead characters tumble repeatedly through the emotional wringer, emerging each time with fresh bruises and an unshakeable resolve to mould their destiny.

They dare to believe in something better than their current situation, in stark contrast to friends and neighbours who profess, “Ain’t no American dream for black folks. We gotta hold onto what we got”. Terrific rapport between Beharie and luminous 18-year-old co-star Alexis Chikaeze, playing her on-screen daughter, energises delicately crafted scenes of solidarity that build to a satisfying crescendo, though not necessarily the one that Hollywood convention dictates. In that respect, Peoples follows her embattled characters’ example and makes the best, heartfelt choices with the options at her disposal.

Turquoise Jones (Beharie) was crowned Miss Juneteenth in 2004 under the watchful eye of pageant coordinator Mrs Washington (Phyllis Cicero). The annual beauty competition, which commemorates the date in 1865 when slaves discovered they were free following the Emancipation Proclamation issued by President Abraham Lincoln, was supposed to be Turquoise’s ticket to a brighter future. Instead, she remained in her hometown of Fort Worth, Texas, and now works long hours at a BBQ pit and lounge owned by Wayman (Marcus M Mauldin). Turquoise is determined to enter her 15-year-old daughter Kai (Chikaeze) into the pageant to secure a scholarship to a historically black institute. “I’m gonna make sure she’s something we ain’t. She’s my dream now,” the proud mother tells her estranged mechanic husband, Ronnie (Kendrick Sampson).

However, a 400-dollar competition registration fee, an 800-dollar price tag on a custom-fitted pageant dress and an outstanding electricity bill are a stern test of Turquoise’s grit. She can’t rely on support from her mother Charlotte (Lori Hayes), a God-fearing alcoholic who believes that “looks is all a woman needs”. Perhaps smitten suitor and childhood friend Bacon (Akron Watson), who runs the local funeral parlour, could provide financial security.

Miss Juneteenth is an engaging and uplifting portrait of modern womanhood, which champions independence and fortitude in the beating heart of America’s bible belt. Peoples’ film makes familiar points without fanfare or directorial flourishes, often relishing moments of hushed contemplation between strong, impassioned female characters across the generations. Beharie and Chikaeze both shine brighter than a pageant tiara even when it seems faint glimmers of hope have been extinguished for good.

Find Miss Juneteenth in the cinemas 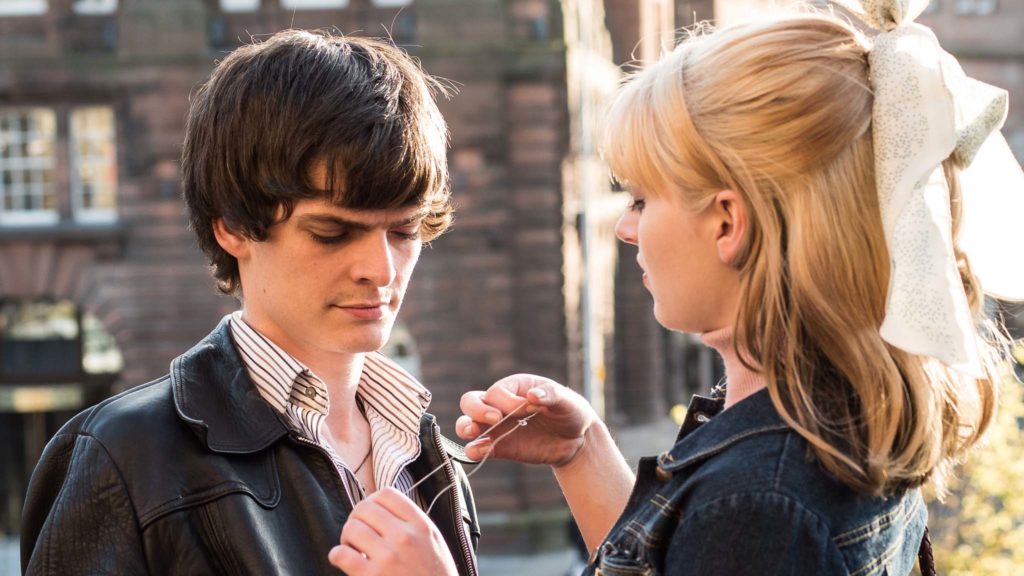 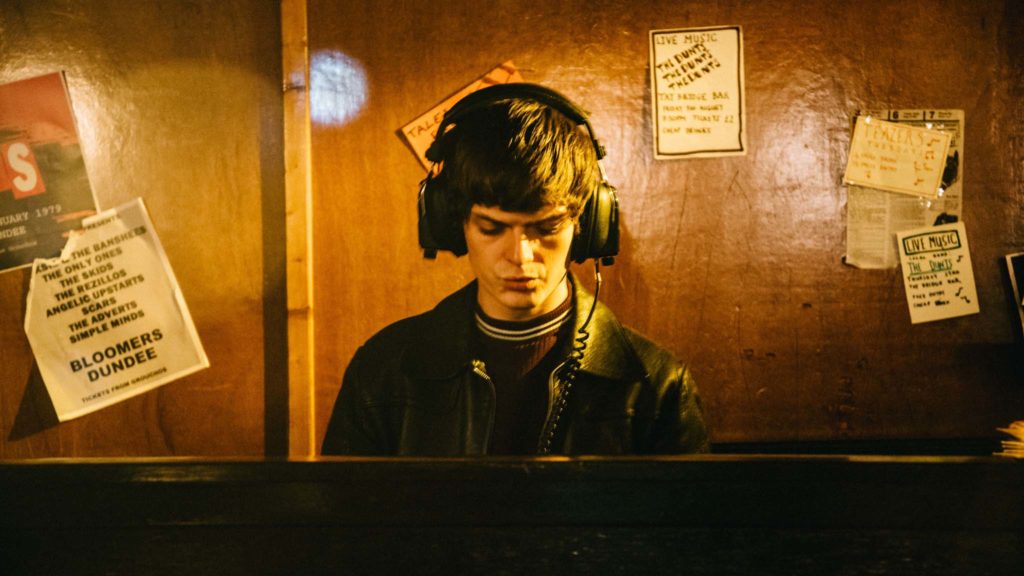 Review: Fortune occasionally favours the reckless in Schemers, a roughly hewn drama comedy based on the true story of how Dundee-born concert promoter Dave McLean cut his teeth before he moved to London and became manager of rock band Placebo. McLean could have entrusted his blast from the past to safe film-making hands. Instead, he boldly chooses to direct his own story, drawing heavily on the visual lexicon of Danny Boyle’s Trainspotting in an exuberant opening salvo that introduces us to his younger self: “a degenerate gambler with delusions of grandeur” played with cocksure swagger by Conor Berry.

After a promising start, Schemers loses its way and a faltering script co-written by McLean, Khaled Spiewak and Kyle Titterton fails to endear Davie to us as he becomes embroiled with the Dundee McMafia and mistreats his two-dimensional girlfriend. By the time the lead character is threatened with broken limbs or perhaps a one-way trip to the bottom of the River Tay, any drops of sympathy have evaporated, undermining the impact of a frenetic final act which famously brings heavy metal maestros Iron Maiden to Caird Hall in June 1980.

Davie (Berry) harbours fanciful dreams of playing for Dundee United Football Club but his flirtation with the beautiful game is cut short when he scores off the field. During a drunken night out, Davie succumbs to the charms of a girl who is “the spitting image of the blonde bird from ABBA”. When her brutish fiance (David Izatt) discovers the alcohol-fuelled fumble, he breaks one of Davie’s legs. Hobbling around town on crutches, Davie spots an opportunity to make money by organising a university disco. He joins forces with drug dealer Scot (Sean Connor) and DJ John (Grant R Keelan) to stage the event and, hopefully, impress sassy student nurse Shona (Tara Lee).

The dance is a roaring success and Davie excitedly expands his horizons – “proper bands, bigger crowds, more money” – to book Simple Minds for the princely sum of £15 and six cans of lager under the banner of Twa Bridges Promotions. Consequently, Davie, Scot and John become entangled with Fergie (Alastair Thomson Mills), who controls the city’s largest music venues and protects his assets with the help of his nephew Pike (Blair Robertson) and lieutenant Kenny (Mingus Johnston).

Punctuated by archive footage from the era including Pope John Paul II’s visit to Bellahouston Park in Glasgow, Schemers trades heavily on 1980s nostalgia with a vibrant soundtrack and solid production design. The film’s limited budget is evident in concert sequences, which wouldn’t matter if the script had a firmer grip on compelling characterisation and plot. Aside from Davie, protagonists are hastily sketched backing singers, whose contributions merely propel the heedless hero along his haphazard path to glory.

Find Schemers in the cinemas