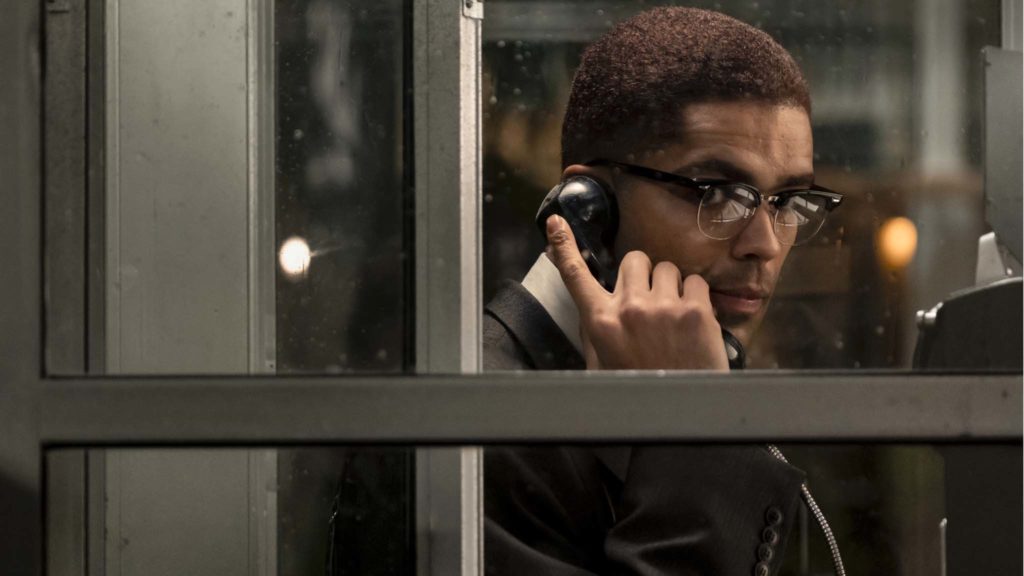 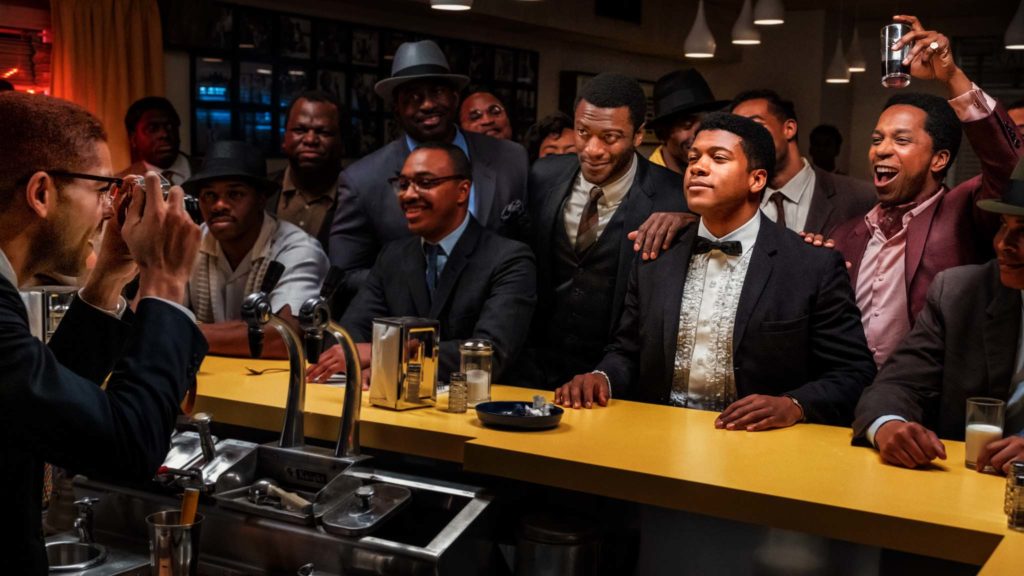 Review: Inspired by true events, One Night In Miami is a thoughtful and beautifully crafted drama which unites four cultural trailblazers – Muhammad Ali, Jim Brown, Sam Cooke and Malcolm X – as racial divides deepen in 1964 America. Oscar-winning actor Regina King’s directorial debut is an elegantly choreographed verbal boxing match, which trades barbs between the men as they debate their responsibility to the black community to use their platforms for meaningful social change. Tempers occasionally fray in pursuit of progress. “You’re a monkey dancing for an organ grinder,” X tells Cooke as he prepares to move from the American football field to Hollywood.

Kemp Powers’ assured adaptation of his 2013 stage play expands beyond the four walls of a motel room to give a vibrant sense of the passionate activism of the era. It’s a pivotal moment when frustration and indignation are tempered with hope and brotherly solidarity. The future seems bright although history would deny some of the men that chance. In December 1964, Cooke was shot dead in Los Angeles and three months later, Malcolm X was assassinated.

King’s film opens in 1963 at Wembley Stadium with cocksure challenger Cassius Clay (Eli Goree) defeating Henry Cooper in front of vociferous home support to set up a world title bout against Sonny Lister (Aaron D Alexander). Across the Atlantic at New York City’s revered Copacabana nightclub, the welcome is chilly for singer Sam Cooke (Leslie Odom Jr) when he performs Tammy. “I like the song so much more when Debbie Reynold sang it,” jibes one woman in the all-white audience. American football player Jim Brown (Aldis Hodge) seeks advice from an old friend (Beau Bridges) and is reminded of the casual racism tightly woven into the fabric of his country. Elsewhere, Malcolm X (Kingsley Ben-Adir) and pregnant wife Betty (Joaquina Kalukango) contemplate a plan to distance themselves from his spiritual mentor, Elijah Muhammad.

On February 26 1964, the four men congregate in Room 245 of the Hampton House Motel & Villas in Florida shortly after Clay has defeated Lister. Two bodyguards, Kareem (Lance Reddick) and Jamaal (Christian Magby), stand guard while Clay pokes fun at his defeated opponent – “I told you he’s ugly, you should see him up close!” – and prepares to publicly confirm his allegiance to the Nation of Islam by changing his name to Muhammad Ali.

One Night In Miami floats like a butterfly and occasionally stings like a bee, adopting a languid pace to allow the four actors to savour Kemp’s dialogue as they wrestle with a place in history. Goree’s exuberant portrayal of Ali (“Why am I so pretty?”) contrasts with Ben-Adir’s solemn, contemplative embodiment of X, weighed down by the knowledge that time is slipping through their fingers. By the time Tony Award-winning Hamilton star Odom Jr performs Cooke’s heart-rending call to arms, A Change Is Gonna Come, the die has been cast.

Find One Night In Miami... in the cinemas