LondonNet
MENUMENU
Home Film Review of the Week 24 May 2022 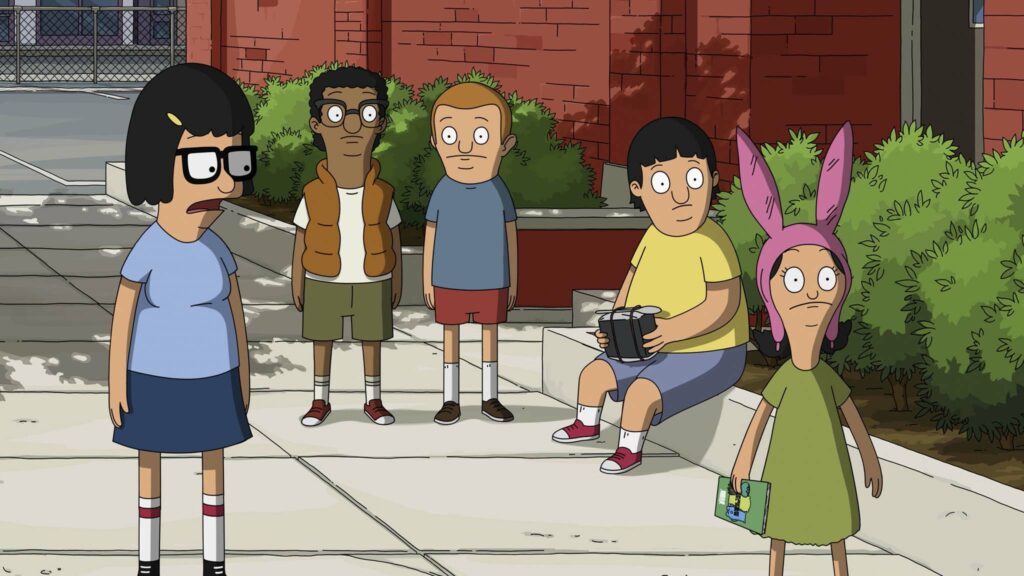 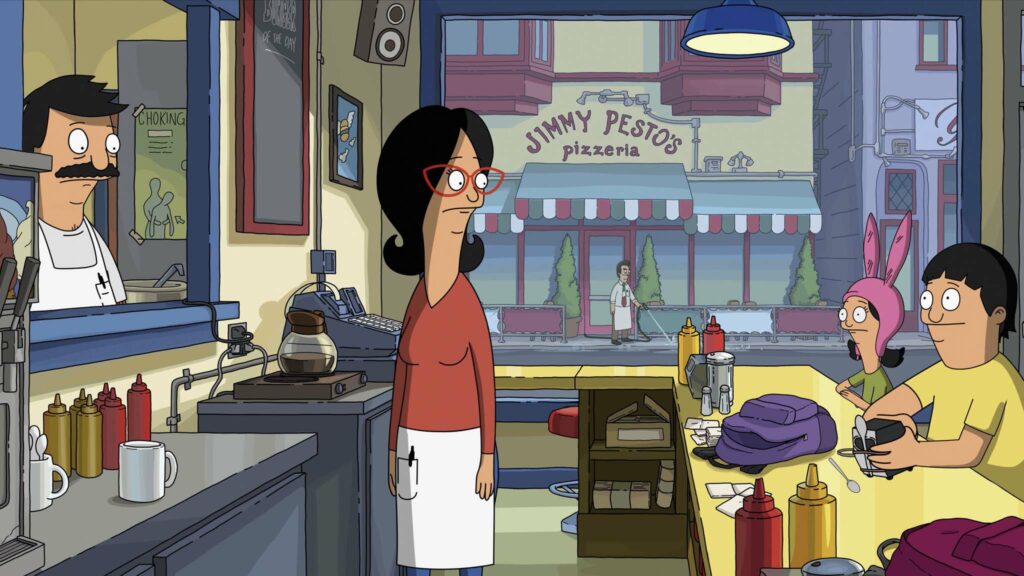 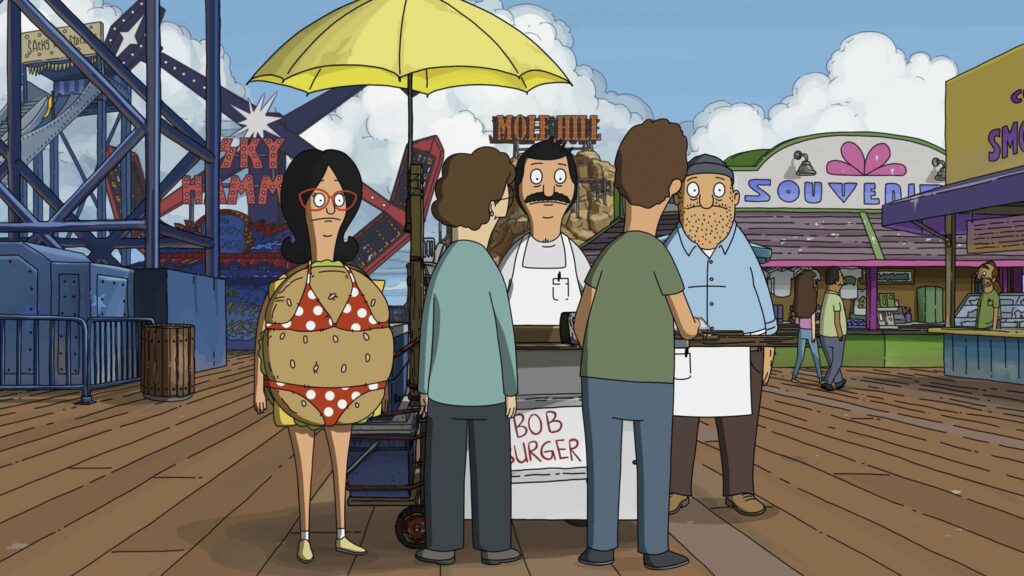 Review: The origins of the hamburger, a mouth-watering staple of the fast-food industry, may be fiercely contested by several American states but the transition of Emmy Award-winning TV sitcom Bob’s Burgers, created by Loren Bouchard, to the big screen is unquestionably a success. Co-directed by Bouchard and Bernard Derriman, animated musical comedy The Bob’s Burgers Movie is a tasty treat that operates effectively as a self-contained murder mystery for audiences who have never tucked into the TV show, which recently completed its 12th season.

Hardcore fans will relish some long-gestated plot reveals such as the touching origin of the bubble-gum pink rabbit ears that tomboy youngest child Louise has worn in almost every scene but Bouchard and co don’t exclude first-time visitors to the hand-drawn world of the Belcher clan. Laughs are plentiful in a script that balances droll dialogue and visual gags (pun-laden store signages begin with the It’s Your Funeral Home & Crematorium that adjoins the titular family-run restaurant).

Aside from a couple of outlandish action sequences including an amusingly slow-paced car chase in aquatic-themed vehicles, there are few obvious cinematic garnishes to distract from the chief pleasure of delightfully dysfunctional family members working through neuroses with satisfying emotional pay-offs. Eldest daughter Tina’s inner turmoil about asking classmate Jimmy Pesto Jr to be her boyfriend for the summer delivers some of the film’s sweetest and most fantastical flourishes.

Bob Belcher (voiced by H Jon Benjamin) and wife Linda (John Roberts) are in dire financial straits and hope to persuade bank manager Mr Dowling (Craig Anton) to extend their loan agreement. Instead, he gives the cash-strapped couple seven days to make payment or the bank will repossess their kitchen equipment. Stress piles onto the shoulders of Bob and Linda like cheese, lettuce, tomato and pickles on a freshly grilled burger when a water main ruptures outside the restaurant’s front door, creating a huge sinkhole that prevents customers from entering the premises.

The Bob’s Burgers Movie packs humour and heart-warming sentiment into every bite. Toe-tapping musical numbers broaden our smiles and scriptwriters don’t overcook the whodunnit, following the Scooby-Doo template when it comes to pesky kids solving a heinous crime.

Find The Bob's Burgers Movie in the cinemas 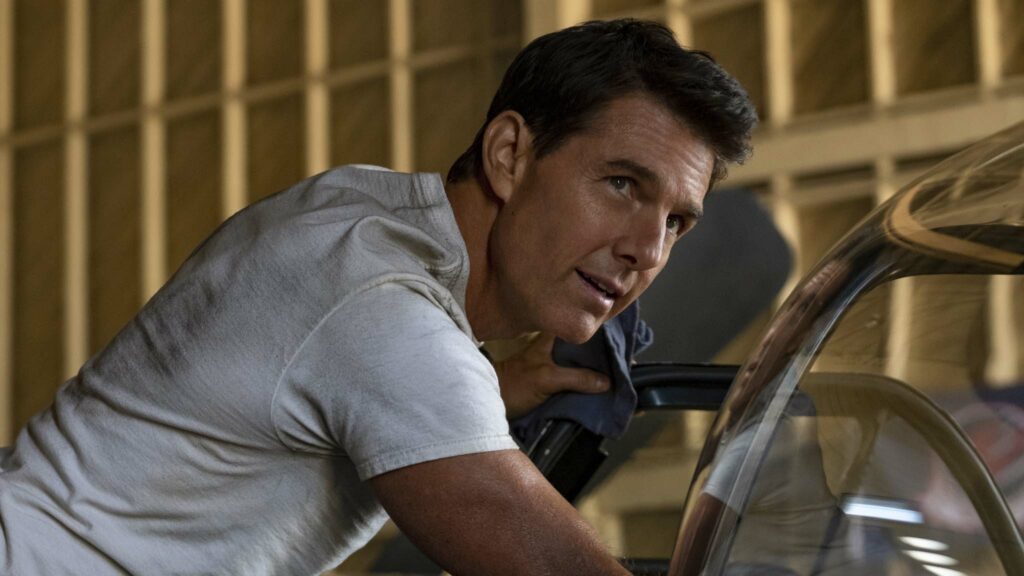 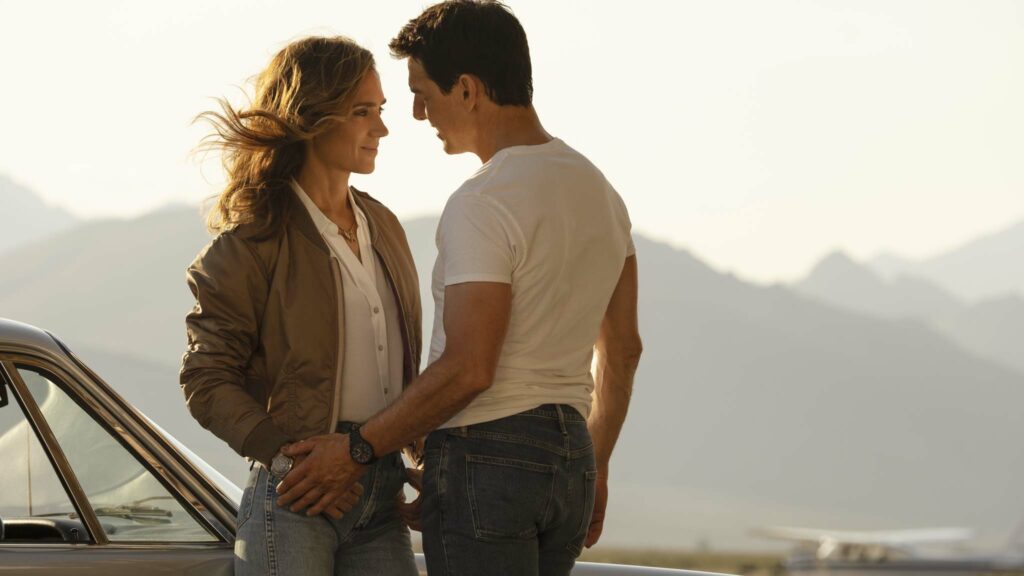 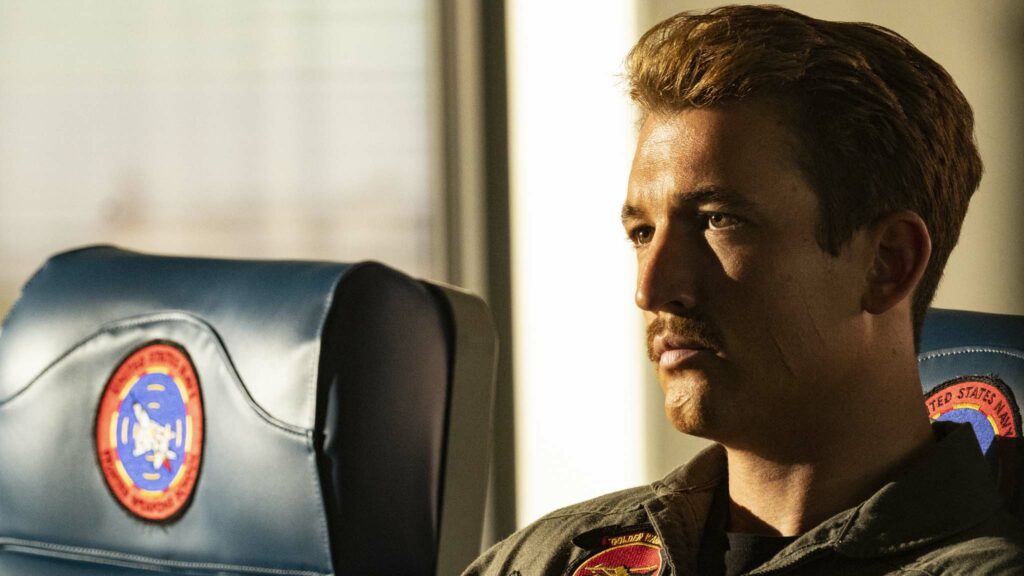 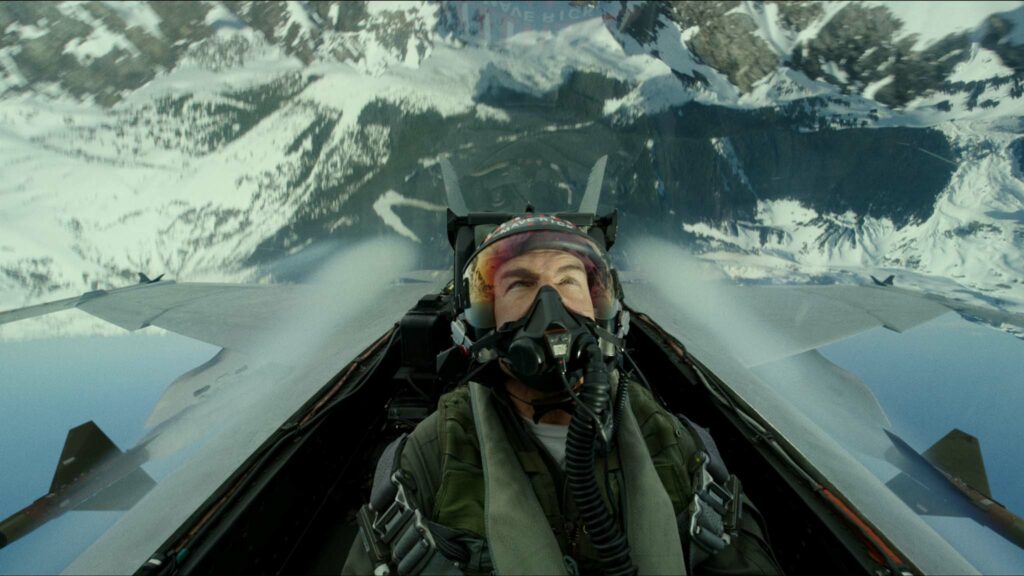 Review: Opening with the familiar beats and chimes of Harold Faltermeyer’s electronic score to Tony Scott’s 1986 film and the tub-thumping battle cry of Kenny Loggins’ Danger Zone as fighter jets take off from an aircraft carrier, Top Gun: Maverick blasts Tom Cruise back into the box office stratosphere. Director Joseph Kosinski, who previously worked with Cruise on the 2013 sci-fi thriller Oblivion, shares his daredevil leading man’s need for speed, orchestrating edge of seat thrills on land and in the air to disprove the theory that sequels linger in the slipstream of the original.

A heavy reliance on physical action sequences rather than digital effects, Cruise is at the controls of almost every flight sequence and co-stars trained extensively in F/A-18 Super Hornets to perform convincingly in cockpits, delivers a pure, unadulterated adrenaline rush of nostalgic pleasure. It is the kind of escapist fare in which Cruise’s cocksure pilot steals an experimental hypersonic jet and exceeds Mach 10 in direct violation of orders from Ed Harris’s glowering Rear Admiral. “Your kind is headed for extinction,” snorts the superior officer. “Maybe so, sir,” retorts Cruise. “But not today!”

In emotional scenes, Cruise wrings out genuine tears but he’s almost upstaged by Val Kilmer, who reprises his role as Ice Man and breaks hearts to smithereens with half a dozen lines of tenderly whispered dialogue.

More than 30 years after the death of best friend Goose during their secondment to the United States Navy Strike Fighter Tactics Instructor programme aka Top Gun, Captain Pete “Maverick” Mitchell (Cruise) is comfortably secluded in a hangar in the Mojave Desert, burnishing his reputation as the only fighter pilot to shoot down three enemy planes in the last 40 years. Admiral Kazansky (Kilmer), who has been promoted to commander of the US Pacific Fleet, summons Maverick to a mission briefing. A subterranean uranium enrichment plant on enemy soil, guarded by surface-to-air missiles, poses a grave threat to US national security.

Maverick must train the Navy’s brightest young pilots including Goose’s son “Rooster” (Miles Teller) to fly beneath radar and deliver an explosive payload. “This will be your last post. You fly for Top Gun or you don’t fly for the Navy ever again,” coldly explains Vice Admiral Simpson (Jon Hamm). As Maverick pushes trainees to the limits of physical and mental endurance, he rekindles romance with bar owner Penny Benjamin (Jennifer Connelly) and confronts deep-rooted guilt over Goose’s death. “My Dad believed in you,” snarls Rooster. “I’m not going to make the same mistake.”

Top Gun: Maverick is ridiculous crowd-pleasing fare of the highest calibre that places obvious plot discrepancies in the ejector seat (the US Navy plans to bombard an enemy airbase with cruise missiles but no one considers a similar strike on the enrichment plant). Cruise glows in peak physical fitness, matching the bare-chested swagger of younger co-stars, and he catalyses molten screen chemistry with Connelly. Jingoistic dialogue tees up the derring-do of a white-knuckle final mission that is admittedly rather protracted. For once, Maverick ignores the need for speed.