The Call Of The Wild (PG) 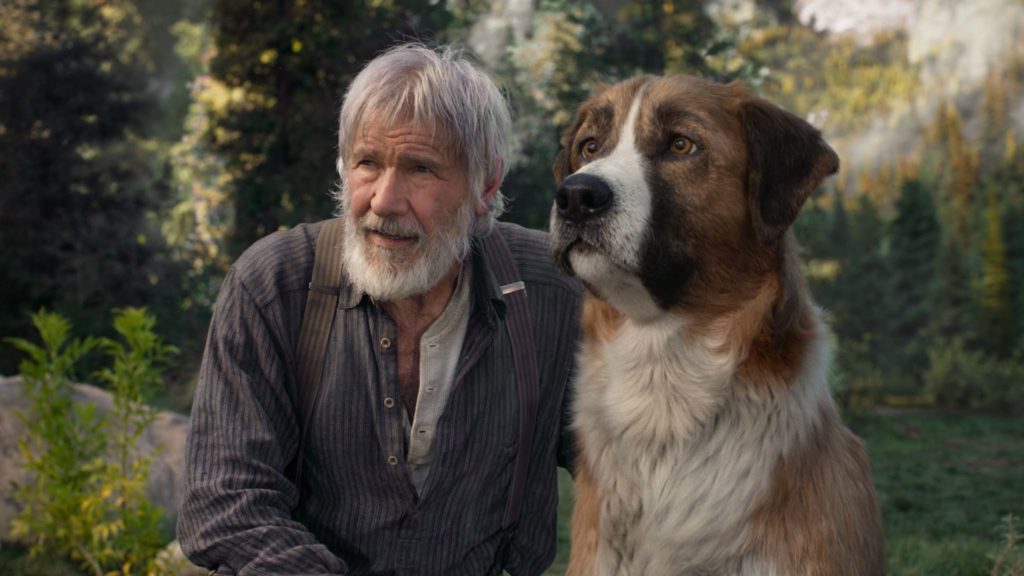 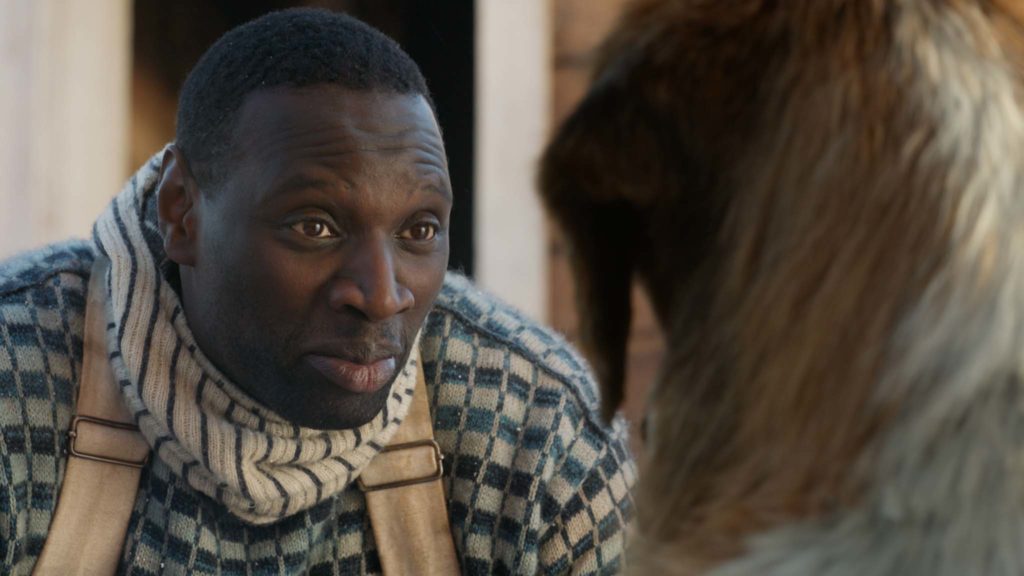 Review: Jack London’s 1903 short story The Call Of The Wild reframes the author’s experiences of the 1896 Klondike Gold Rush through the eyes of a St Bernard-Scotch Collie mix named Buck. It’s a compelling adventure, punctuated by howls of unflinching brutality and cruelty including the deaths of myriad dogs from starvation and neglect and the murder of a central character at the hands of fictional indigenous peoples. Director Chris Sanders and screenwriter Michael Green domesticate the novella for family audiences, house-training a rollicking outdoor odyssey which bares its fangs but seldom bites. They invent a thrilling avalanche escape by dog sled and a white-water canoe sequence to quicken pulses, gender-flip one musher to thaw out a romantic subplot, excise peripheral characters and refashion a bleak, blood-saturated ending as a conventional showdown between benevolence and avarice.

Buck is the house pet of Californian judge Miller (Bradley Whitford) and his family, who have grown wearily accustomed to the dog’s insatiable appetite and playful manner. Late one night, a local man dognaps the pampered pooch and sells the creature into service in the vast frozen wilderness of Alaska, pulling a mail delivery sled driven by Perrault (Omar Sy) and Francoise (Cara Gee). The couple patiently train Buck to follow in the paw prints of aggressive husky Spitz, who leads the sled and meets any challenge to his authority with snarling intimidation. Perrault is quietly confident of Buck’s potential but Francoise harbours doubts.

Eventually, the canines are sold to inexperienced gold prospector Hal (Dan Stevens), his sister Mercedes (Karen Gillan) and Charles (Colin Woodell), who whip the animals to the brink of death. Just as all hope seems lost, grief-stricken explorer John Thornton (Harrison Ford) rescues Buck from a grim fate and the grateful dog recovers to become a devoted servant to his new master.

The Call Of The Wild shies away from the harsh realism of London’s writing and introduces a spectral timber wolf with glowing eyes as a visual representation of Buck’s internal struggle with the primitive instincts of his ancestors. Ford casts a warm, avuncular glow and forges an endearing partnership with his computer-generated co-star. Stevens stops shy of twiddling the moustache of his antagonist, who surrenders his sanity to a bout of gold fever. Sanders’s picture pans for its own riches and extracts small gleaming nuggets of heart-warming drama.

Find The Call Of The Wild in the cinemas 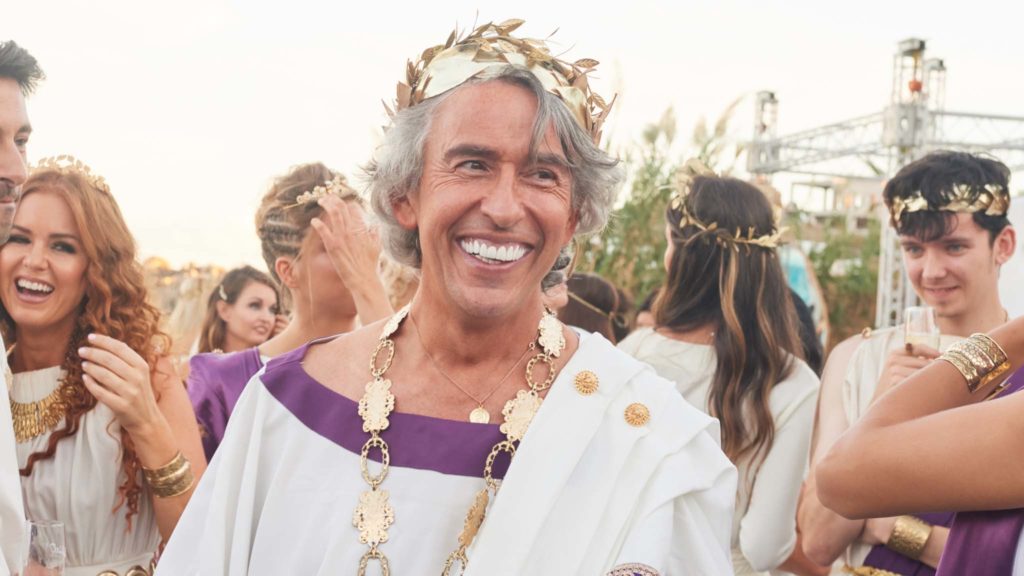 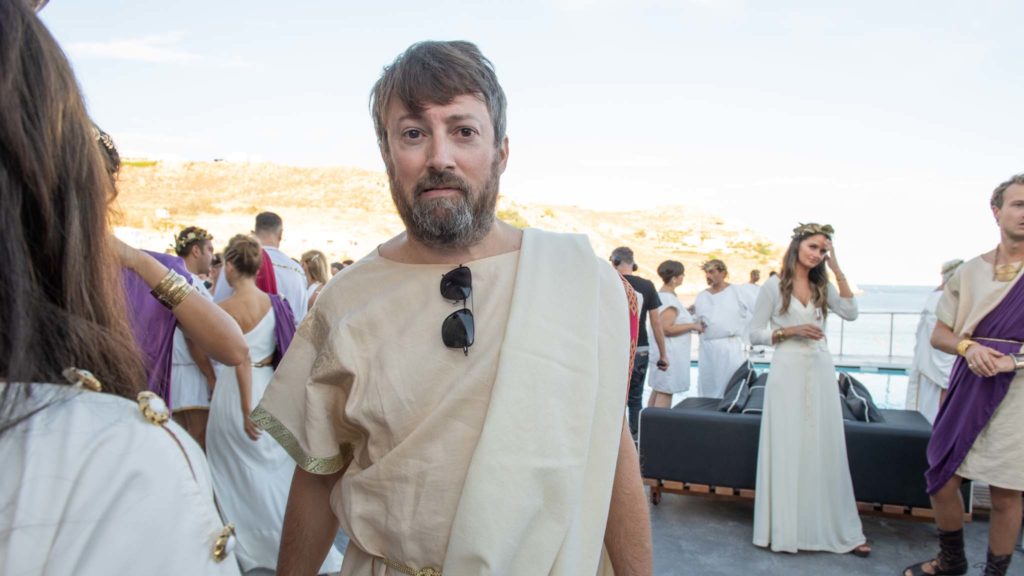 Review: More than 30 years after Michael Douglas’s anti-hero Gordon Gekko coldly professed that “greed, for lack of a better word, is good”, director Michael Winterbottom sharpens claws to scratch out the eyes of modern-day capitalism in a glossy satire of bloated, bullying haves and much-abused have-nots. Greed is a swingeing work of gallows-humoured fiction – any similarity to a real-life titan of industry is unintentional – that doesn’t always draw blood despite a conscience-pricking final act that bombards us with uncomfortable statistics about the exploitation of workers in developing countries.

Steve Coogan chews scenery with a maniacal glint in his eye as the arrogant billionaire who vaunts profits ahead of personal relationships and eventually reaps the acrid fruit he sows under the impossibly blue skies of a sun-baked Greek island. His bullish, larger-than-life performance is lip-smacking entertainment and a stark counterpoint to David Mitchell’s dry, understated portrayal of a bumbling biographer, who is unknowingly in the right place at the right time to witness his subject’s downfall.

Sir Richard McCreadie (Coogan) is variously described as “the king of the high street” and “the unacceptable face of capitalism” – a sharp-suited wheeler dealer who exploited cheap labour in 1980s Sri Lanka to lay the foundations of a sprawling fashion empire. As figurehead of the Monda retail chain, he faces prickly questions about ethical business practices at a parliamentary select committee hearing. His disastrous performance in the full glare of TV cameras inflicts damage to the brand. To repair his tattered reputation, Sir Richard hires party planner Melanie (Sarah Solemani) to orchestrate a lavish 60th birthday bash on the island of Mykonos themed around Oscar-winning film Gladiator.

Celebrity guests including Angelina Jolie will wear togas to a carefully choreographed fight with a real lion, staged inside a hastily constructed plywood imitation of the Colosseum. Sir Richard’s tax-dodging, Monaco-based ex-wife Samantha (Isla Fisher), disgruntled son Finn (Asa Butterfield) and viperous mother Margaret (Shirley Henderson) are among friends and family who are flown in for the glittering occasion. Mild-mannered writer Nick (Mitchell) documents the festivities for an official biography and he observes the tears and tantrums as A-list attendees pull out at the last minute, simmering Oedipal rage boils over and Syrian refugees on a nearby beach spoil the view.

Greed is a scabrous portrait of corporate excess, which scratches the pampered and preened surfaces of intended targets. The script ricochets between fragmented timelines to chronicle decades of mistreatment as the cast delivers wickedly barbed one-liners with aplomb including Asim Chaudhry as a beleaguered animal trainer. A blood-stained resolution stumbles into the realms of the absurd just when Winterbottom is preparing to deliver his sermon on collective responsibility and the hypocrisy of celebrity activism.

Find Greed in the cinemas 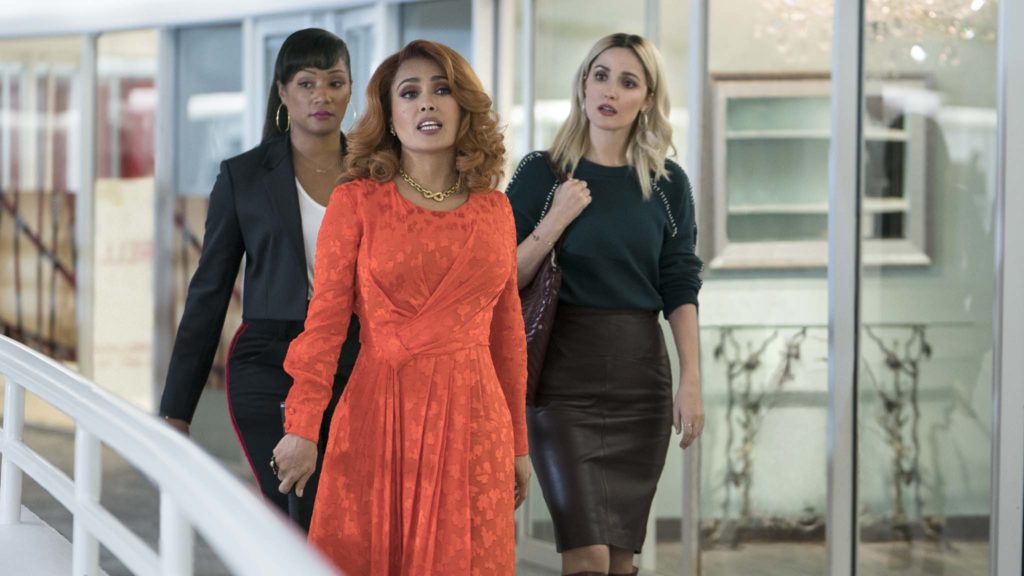 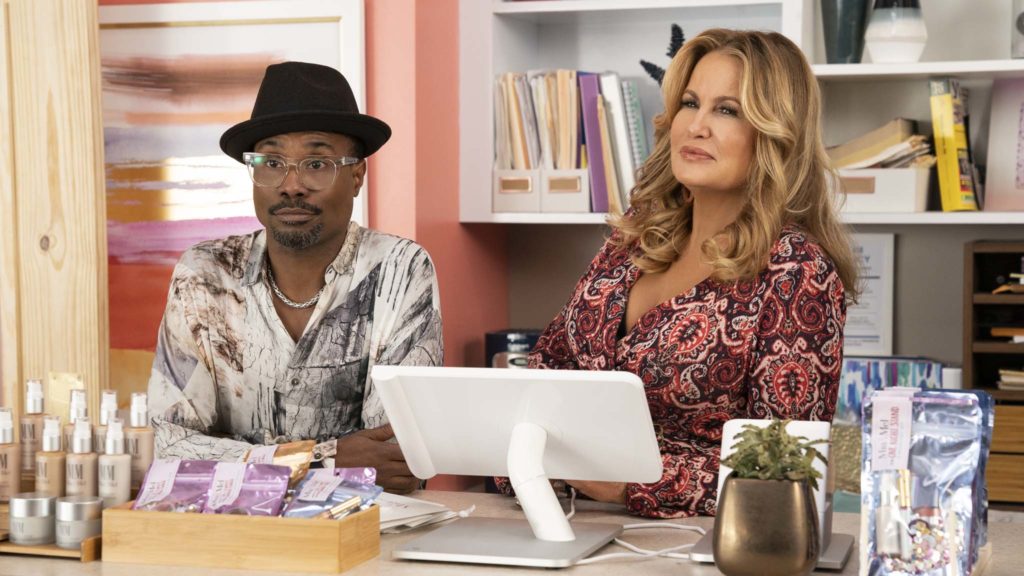 Review: Beauty comes from within and is enhanced by a spritz of sisterly solidarity in director Miguel Arteta’s raucous workplace comedy. Like A Boss is an ugly and contrived celebration of female empowerment, which squanders the sparkling comic talents of Tiffany Haddish, Rose Byrne and Salma Hayek. Feeble punchlines land with uncomfortable thuds as the cast sheds blood, sweat and beautifully lit tears to wring one genuine giggle from the wreckage of Sam Pitman and Adam Cole-Kelly’s misconceived script. Presumably, Arteta’s cosmetics caper was considerably funnier on the page to attract inveterate scene-stealers Billy Porter, Jennifer Coolidge and Karan Soni to meaty supporting roles, plus a starry surprise cameo in the final reel.

Alas, our frown lines take lasting effect in opening scenes and no amount of Botox injections can shift them as the picture staggers between ham-fisted set pieces including literal toilet humour sparked by dangerously hot ghost peppers and a musical sing-along choreographed to Tina Turner’s Proud Mary that is more likely to inspire shame. For a film which venerates the rejuvenating power of friendship, Like A Boss shows no discernible signs of intelligent life.

Mia Carter (Haddish) and Mel Paige (Byrne) have been best friends since junior high school, where they nurtured a mutual passion for make-up. The gal pals run a homemade cosmetics store, Mia&Mel, aided by faithful employees Barrett (Porter) and Sydney (Coolidge). Mia is the dynamic, creative force behind the product range and isn’t afraid to speak her mind: “We shouldn’t feel bad about putting our careers first. We’re just acting like men!” Conversely, Mel is the meek voice of reason who manages the books. She discloses the business is 493,000 US dollars in debt and persuades Mia to consider an investment proposal from Claire Luna (Hayek), figurehead of the Oviedo brand.

Claire demands a 51 per cent stake in Mia&Mel in exchange for a cash injection. The cosmetics mogul expects Mia and Mel to abandon their touchy-feely approach to female beauty and “inspire the ugly people to buy themselves into gorgeousness”. After much debate, Mia and Mel agree to give Claire a 49 per cent share in the business, which guarantees they retain control as long as their professional partnership remains intact. Once the contract ink is dry, Claire plots with assistant Josh (Karan Soni) to divide and conquer by turning Mel and Mia against one another.

Like A Boss is a bottle of fizz that has been left out overnight: the packaging and ingredients make your mouth water but from the first sip, the taste is flat and unappealing. Haddish and Byrne’s double-act has a faint whiff of desperation while Hayek’s conniving business titan lacks the killer one-liners of a bona fide pantomime villain. Any boos or hisses from the audience will be for entirely the wrong reasons.