LondonNet
MENUMENU
Home Film Review of the Week 17 May 2022 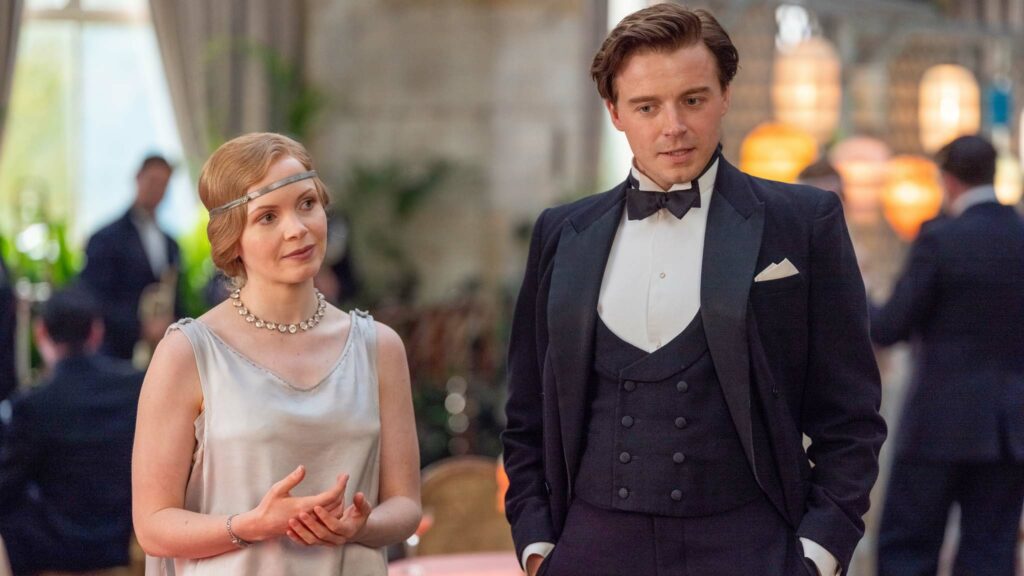 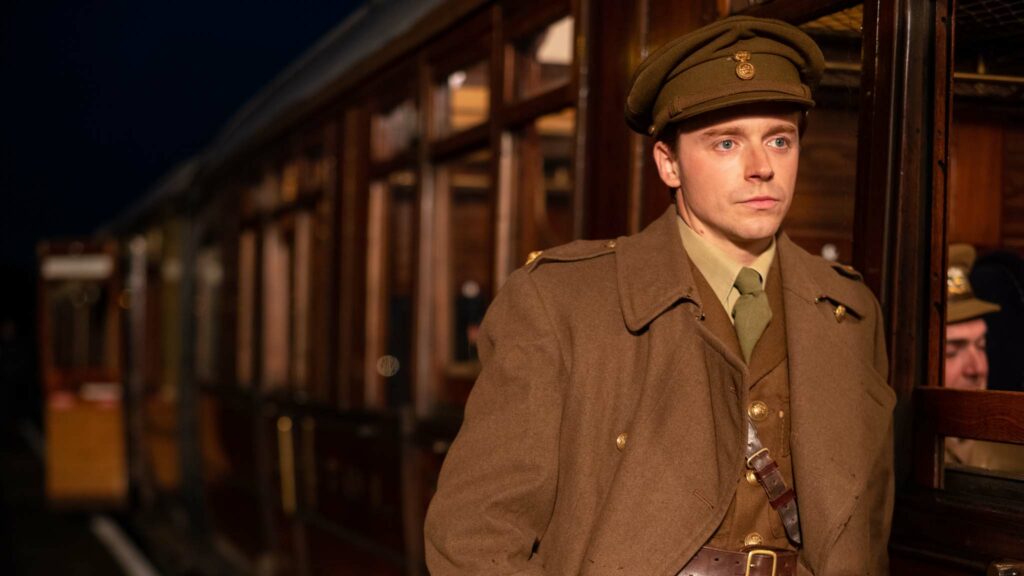 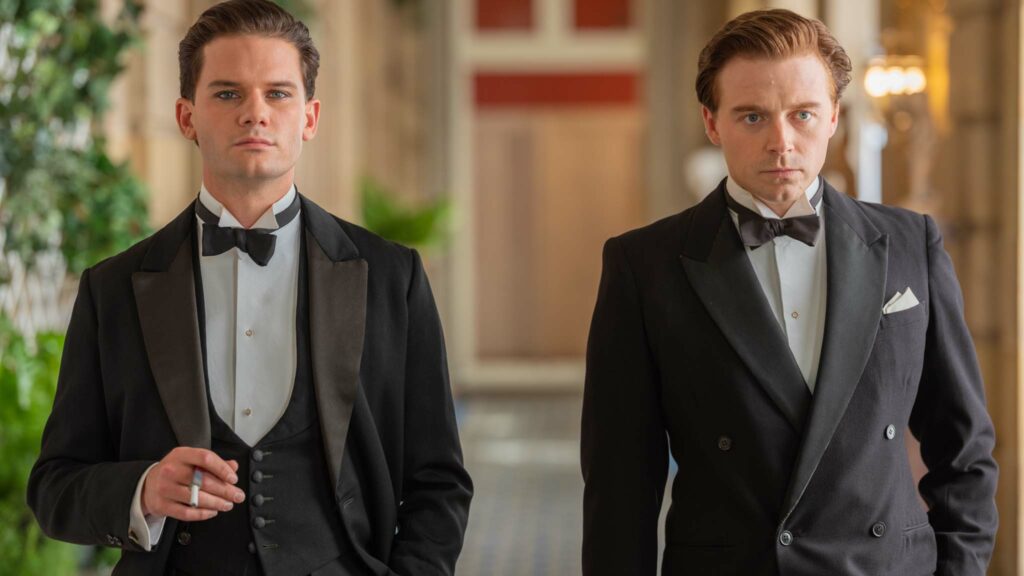 Review: Celebrated Liverpudlian writer-director Terence Davies has spoken openly about a fractious relationship with his sexuality, once declaring in a newspaper interview that being gay had ruined his life and he would go to his grave detesting that unchangeable facet of his being. This inner turmoil is reflected on screen in an artfully composed new picture. Benediction is an anthem for the doomed youth of the First World War as seen through the eyes of one of England’s great poets, Siegfried Sassoon, who conducted covert relationships with men before he married Hester Gatty in 1933 and raised a son.

Davies’ melancholic character study ricochets, jarringly, between Sassoon in idealistic, closeted youth (played by Jack Lowden) and embittered married life (an acid-tongued Peter Capaldi), loosely stitching together these two timelines with archive material from the Great War and a prosaic voiceover of excerpts from Sassoon’s letters and verse. Combative dialogue is polished to a lustre as characters trade barbs with glee. Some of the film’s best scenes cut back and forth between two actors volleying disdain across a drawing room or dinner table, neither willing to concede until blood has been spilt. Pacing is deliberately sedate, affording adequate time for Davies’ trademark stylistic flourishes that gently and slowly wash life away, to echo the words of Sassoon’s poem The Death Bed.

As a soldier, Siegfried Sassoon (Lowden) is decorated for bravery but the death of his brother Hamo in 1915 in Gallipoli lights the fuse on a deep-rooted disillusion with the war. He openly disobeys orders and becomes a vociferous critic of the government’s continuation of the conflict, risking a court marital that would besmirch the family name. In 1917, Sassoon is transferred to Craiglockhart War Hospital for psychiatric evaluation under Dr Rivers (Ben Daniels). He meets and mentors fellow poet Wilfred Owen (Matthew Tennyson), who is inspired to pen some of his most famous work including Disabled.

Once the treatment is complete, Sassoon returns to London with good friend Robbie Ross (Simon Russell Beale) and becomes romantically entangled with figures from the capital’s glittering literary and theatre scene including Ivor Novello (Jeremy Irvine), Stephen Tennant (Calam Lynch) and Glen Byam Shaw (Tom Blyth). Sassoon’s mother (Geraldine James) counsels against a dalliance with Novello – “He’s amusing but unpleasant. It’s his eyes, I think. They’re cruel” – but her son is grimly consigned to a path of disappointment, denial and self-loathing.

Benediction wallows in Sassoon’s misery, powerfully conveyed by Lowden’s committed lead performance, but the fractured chronological structure is a distraction. Scenes between the older Sassoon, his wife (Gemma Jones) and grown-up son (Richard Goulding) are the real war of attrition here and our fighting spirit wanes significantly before the final victory march.

Find Benediction in the cinemas 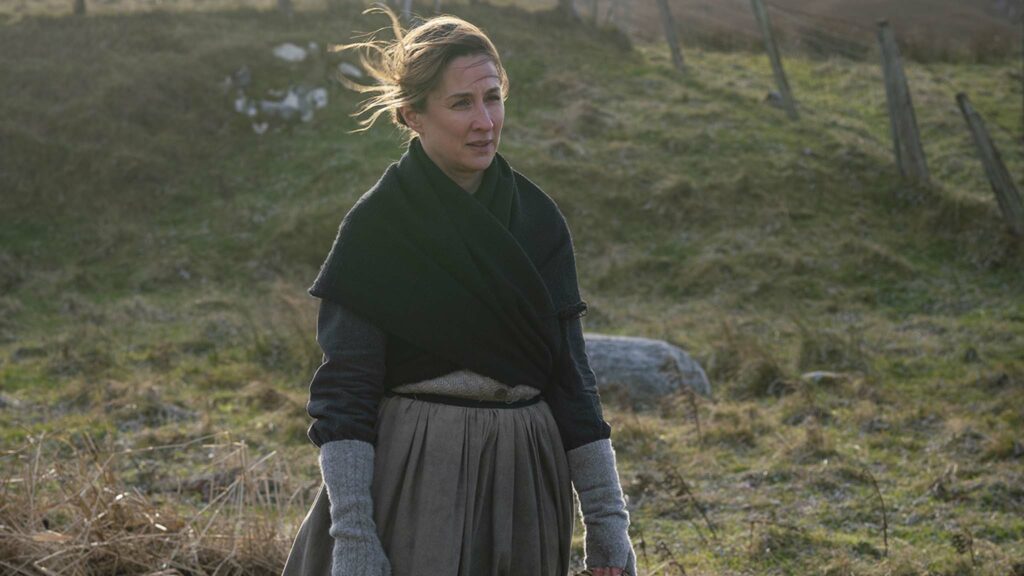 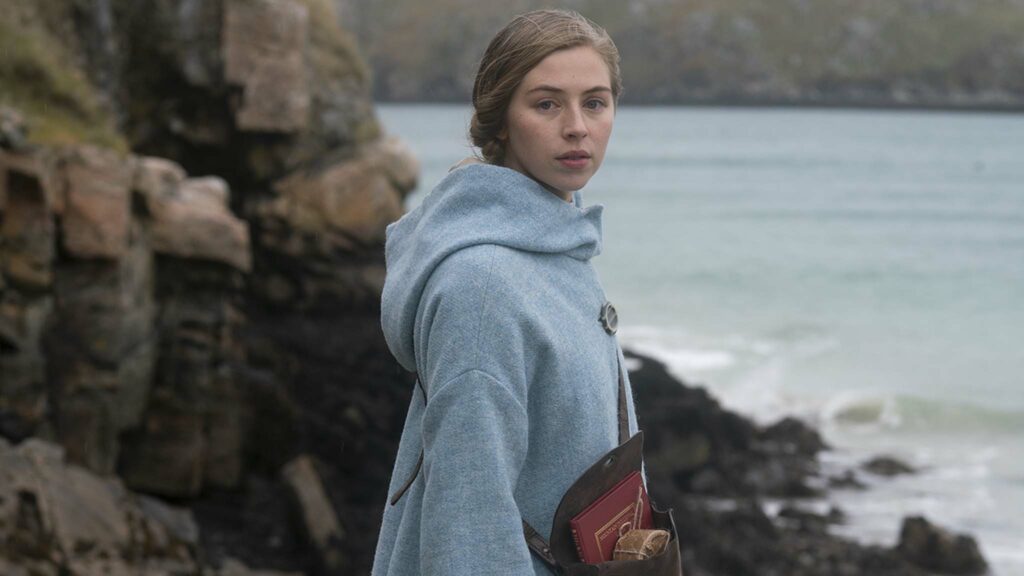 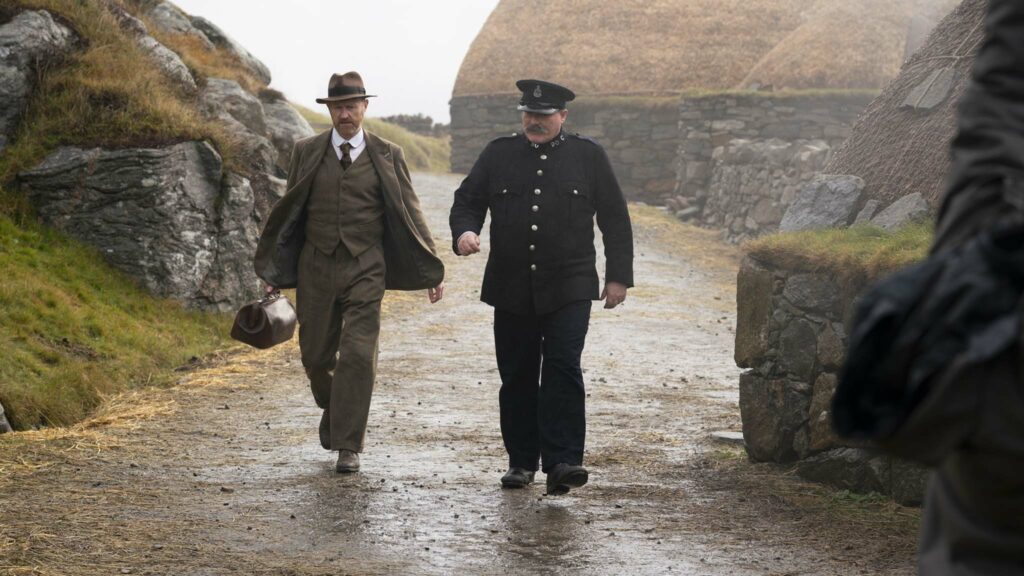 Review: The devastating impact of war on an insular, God-fearing community is illustrated with varying degrees of success by writer-director Richie Adams in a handsomely mounted period drama. Adapted from John MacKay’s acclaimed novel, The Road Dance opens on the shores of the Outer Hebrides at the turn of the 20th century, a rugged, windswept wilderness pounded by angry waves, captured in spectacular aerial vistas by cinematographer Petra Korner. The untamed beauty of this chain of islands off the west coast of mainland Scotland provides a vivid backdrop to Adams’ conventional love story that yearns to escape to America via one of the ocean liners that glide across the horizon.

Simmering screen chemistry between lead actors Hermione Corfield and Will Fletcher staves off an icy chill and endears us to their star-crossed lovers as fate (in the form of the Great War) conspires to separate them. Unfortunately, absence makes the heart of MacKay’s script beat slower and the aftermath of a shocking attack is emotionally underpowered, relying heavily on Corfield and co-stars to fill in gaps in the writing. The Road Dance sways pleasantly to familiar narrative rhythms and production design evokes a close-knit colony bound tightly to tradition and the words of the Bible. Silent prayers for originality go unanswered.

In 1916, the spectre of the First World War casts a lengthening shadow over the Isle of Lewis. Murdo MacAulay (Fletcher) returns to the village of Gearrannan from Glasgow, where his skills as a typist have been employed to send telegrams to families of the fallen. He is reunited with his mother Aileen (Frances Grey), young brother Alasdair (Caleb Johnston-Miller) and sweetheart Kirsty Macleod (Corfield), who dreams of a better life in America. “I want more than potatoes and farming the same land as my Ma and Da,” she tells Murdo. Universal conscription threatens to tear the lovebirds apart and Murdo vows to marry Kirsty on his return.

The night before Murdo and neighbours Angus (Luke Nunn), Calum (Scott Miller) and Iain (Tom Byrne) leave for the mainland, the entire community rallies for an alcohol-soaked dance under the stars. Kirsty rebuffs an unwanted overture from Iain and shortly after, she is sexually assaulted on a hillside in the darkness. Fractured memories of the attack resurface after brave conscripts have departed and Kirsty silently prepares for the shame she will bring on her mother Mairi (Morven Christie) and younger sister Annie (Ali Fumiko Whitney) as an expectant mother out of wedlock.

The Road Dance is more comfortable depicting desire than despair, fleshing out the village with genre stalwarts including a caring doctor (Mark Gatiss) and police constable (Ian Pirie). The grim inevitability of Kirsty’s predicament is realised across two hours at a pace more suited to a waltz than a jig.

Find The Road Dance in the cinemas