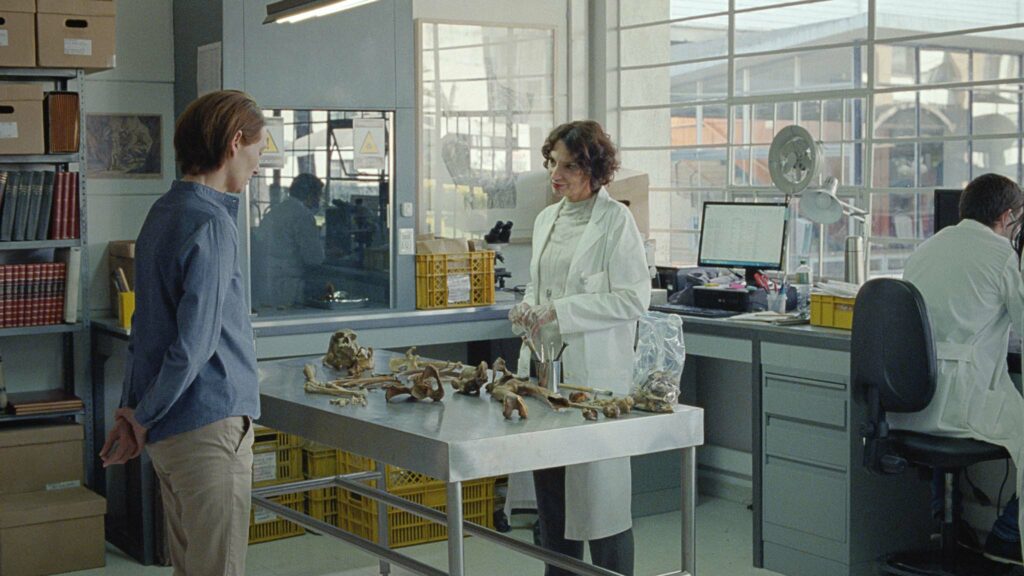 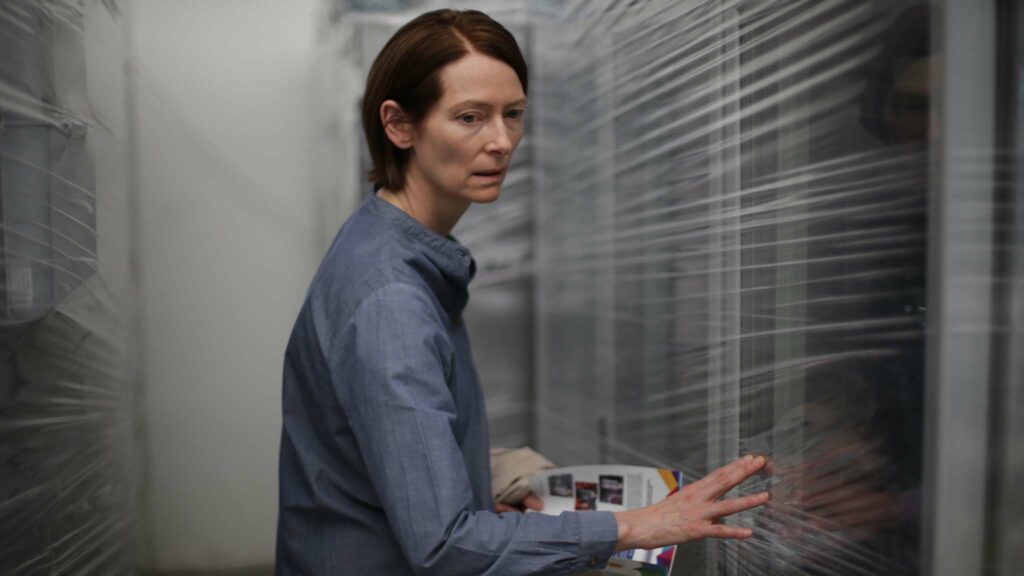 Review: Since he made his feature directorial debut more than 20 years ago with the aptly titled documentary Mysterious Object At Noon, award-winning film-maker Apichatpong Weerasethakul has repeatedly plunged arthouse audiences into woozy, waking dreams captured in his signature long takes with naturalistic ambient sound. Memoria, his first film scripted (partially) in English and shot outside of his native Thailand, uses the streets and jungles of present-day Colombia as a backdrop to a hypnotic, poetic and at times soporific meditation on reminiscence and the unknown.

It’s a film which wilfully embraces ambiguity and defies categorisation, building to a protracted finale involving lead actor Tilda Swinton and Colombian co-star Elkin Diaz that both soothes and confounds (“I am a hard disk and somehow, you are an antenna…”) Whether audiences are willing to accept Weerasethakul’s resolution is debatable. I was rudely roused from my blissful, trance-like state at that juncture like the rows of parked cars at the beginning of the film, which sound their alarms one by one in response to an invisible force and just as quickly return to serene and secure silence.

Performing in both English and Spanish, Swinton is a ghostlike presence, floating through scenes with an eerie calm as a new acquaintance vanishes without trace and a man she thought was dead turns out to be alive and well. She plays botanist and orchid expert Jessica Holland, who travels from Medellin to Bogota to visit her sister Karen (Agnes Brekke), who is recuperating in hospital from a mysterious malady. Karen’s scholarly husband Juan (Daniel Gimenez Cacho) suggests his wife may be the victim of a curse conjured by Amazonian tribal elders, who are the subject of Karen’s research.

In the early hours of the morning, Jessica is rudely woken by a short, almost metallic thud. She initially blames construction work in a neighbouring property but that explanation is quickly debunked. Playing detective, Jessica visits sound engineer Hernan (Juan Pablo Urrego), who asks her to describe the disturbance. “It’s like a rumble from the core of the Earth,” she offers in faltering Spanish.

He recreates the sound and when Jessica experiences the thuds again, she realises no=one else can hear them. Fearing the most obvious explanation (“I think I’m going crazy”), the botanist seeks the source of her sonic disturbances through a new acquaintance, French archaeologist Agnes (Jeanne Balibar).

Anchored by Swinton’s spectral performance, Memoria is a deliberately slow-paced, sensory experience that possesses the same swooning lyricism as the Thai writer-director’s earlier work. Apart from the otherworldly sonic boom of the closing 10 minutes, Weerasethakul’s metaphysical meander is an entrancing out-of-body experience that no-one, even those who reject it, will easily forget. Don’t wake me up.

Find Memoria in the cinemas 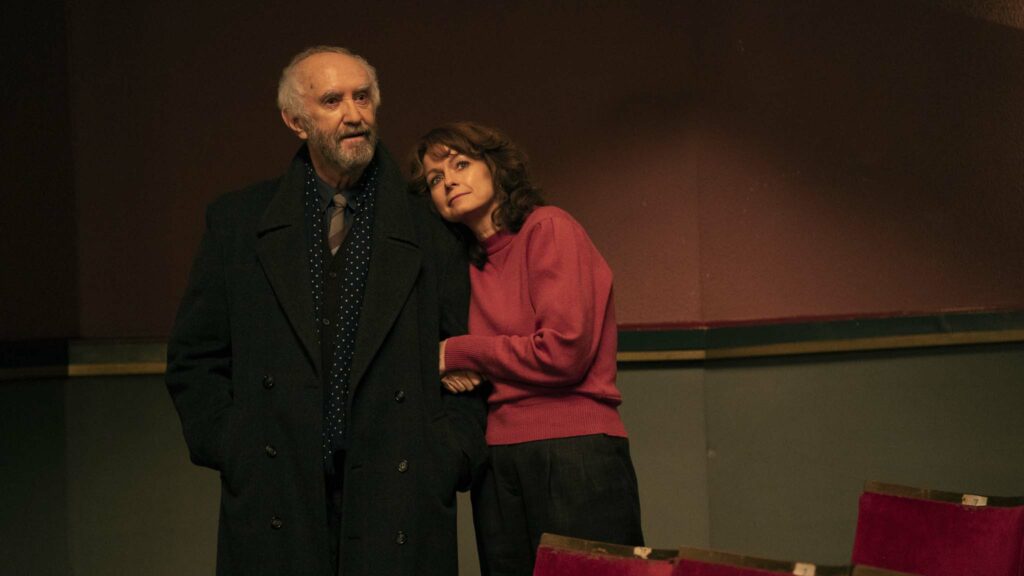 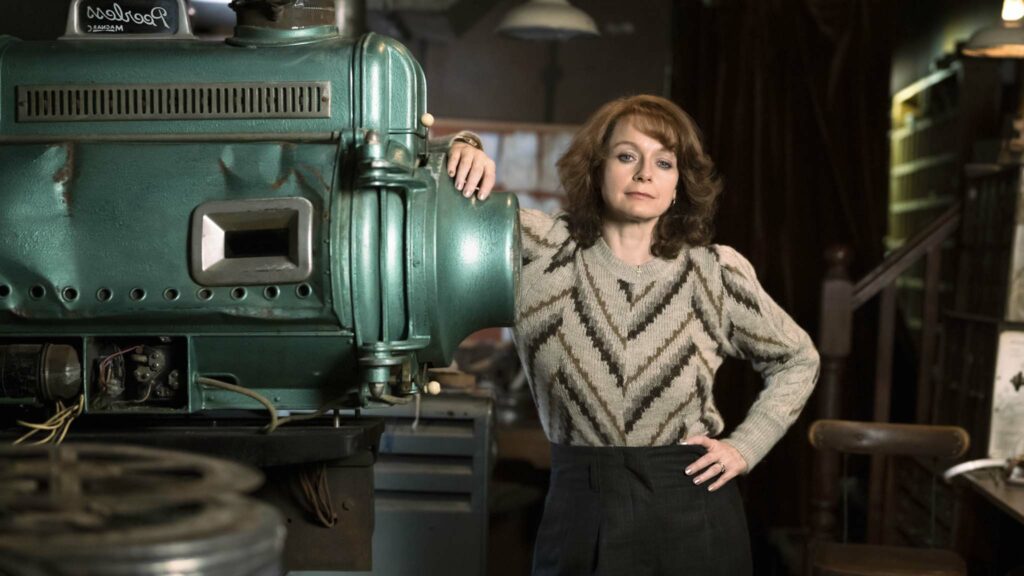 Review: On July 15 1993, approximately five minutes before opening credits rolled on the glitzy European premiere of Jurassic Park in London’s Leicester Square attended by Diana, Princess of Wales, excited residents of Carmarthen in south-west Wales became the first paying audience in Britain to tremble at the dino-blockbuster. Director Steven Spielberg had lent his personal copy of the film to Liz Evans, figurehead of a campaign to save The Lyric cinema from demolition, so she could host a “people’s premiere” in the resplendent Art Deco picture palace and keep bulldozers from the front door. Media from around the world covered the event and Evans was subsequently awarded an MBE.

A rousing true-life story of community spirit and old-fashioned gumption provides the loose inspiration for director Sara Sugarman’s unabashedly feelgood drama, which arrives on the big screen as independent cinemas around the UK and Ireland proudly keep projectors lit with reduced capacities and social distancing in the face of Covid. Written by Piers Ashworth, Save The Cinema orchestrates a crowd-pleasing battle between passionate residents and a corrupt mayor for the soul of The Lyric.

Shortly after Evans (Samantha Morton) hosts a free screening of John Ford’s 1941 film How Green Was My Valley to woo locals back to the cinema, a teenager sums up his feelings about the black and white masterpiece: “A bit cheesy.” The same pithy critique applies to Sugarman’s film – she serves up generous slabs of Welsh blue cheese – but a heartfelt central performance from Morton, colourful supporting turns and bountiful good will glisten in every sentimental frame.

In 1993, hairdresser Liz (Morton), who runs Scissors n Combs with sassy assistant Dolly (Susan Wokoma), learns that mayor Tom Jenkins (Adeel Akhtar) has secured a council meeting majority vote to replace The Lyric with a shopping centre constructed by his property developer pal (Colm Meaney). Supported by her husband David (Owain Yeoman) and three sons, Mark (Harry Luke), Huw (Joe Hurst) and Wynne (Flynn Edwards), Liz takes up temporary residence in The Lyric, knowing that a wrecking ball cannot swing at the listed building while she is inside. An increasingly tense stand-off forces residents to choose sides and Liz welcomes the mayor’s executive assistant (Erin Richards), a town postman (Tom Felton) and her old drama teacher (Jonathan Pryce) to her tub-thumping cause.

Save The Cinema abides sweetly by convention and Akhtar gamely embraces his role as the sneering pantomime villain guilty of boo-hiss cronyism. Sugarman’s familiar concoction won’t shake the foundations of modern cinema like Jurassic Park but her film goes down as smoothly as one of the potent T-Rextasy cocktails that Dolly serves at the Carmarthen premiere and brings tears to eyes with its fuzzy final reel resolution.

Find Save The Cinema in the cinemas 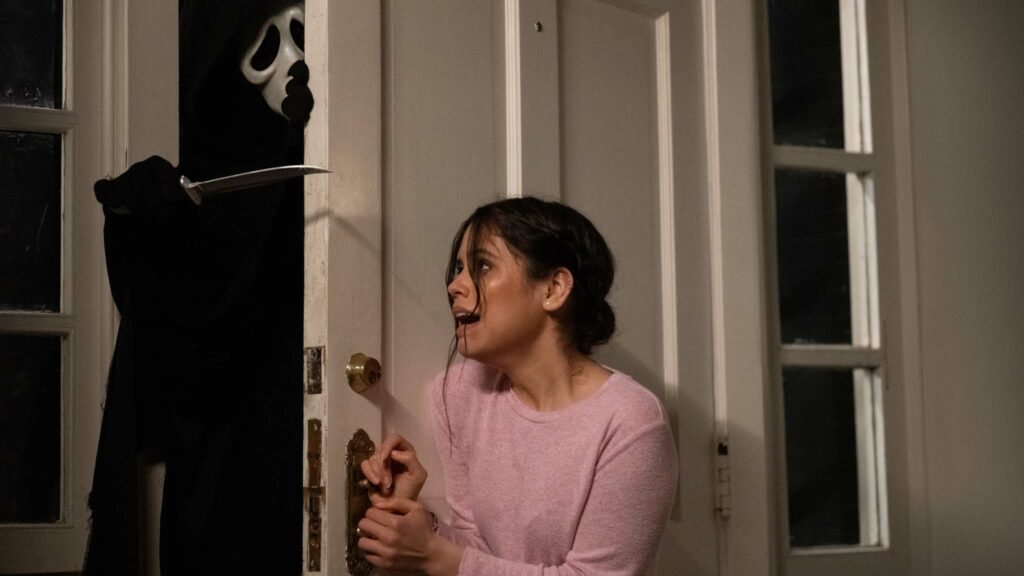 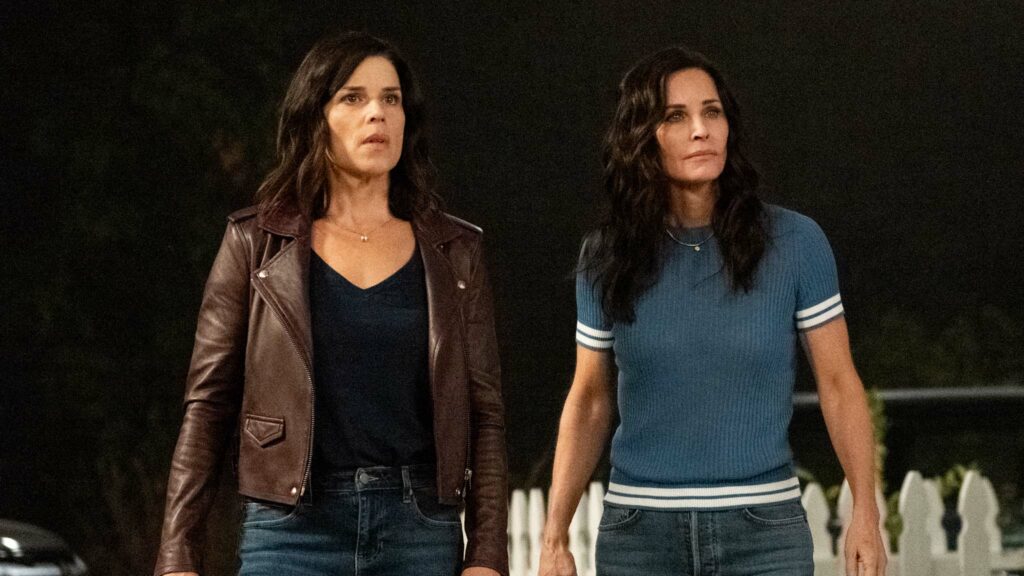 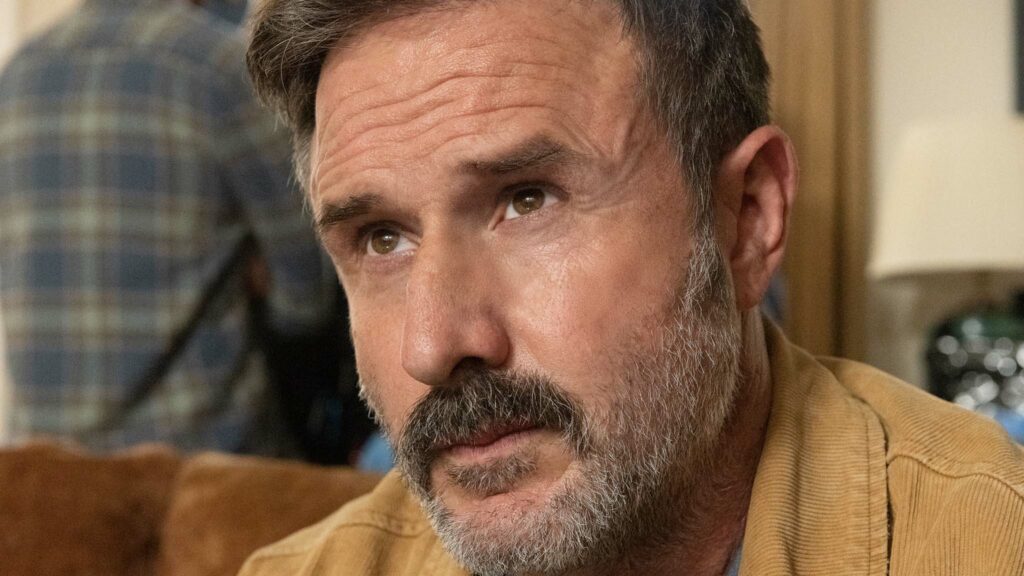 Review: Every blood-soaked chapter of the Scream franchise boasts a self-referential monologue, which excitedly removes bricks from the fourth wall separating characters and audience to conveniently explain the rules of that instalment’s killing game. In the 1996 original, losing your virginity, taking drugs or saying “I’ll be right back” were definite no-nos. The sequel taught us that body counts increase while the third and fourth films emphasised a lead hero(ine) is expendable, you can never outrun the past and the unexpected is the new cliche.

The fifth outing of Ghostface, and the first since the death of director Wes Craven, discloses that we are watching neither a reboot nor a sequel. This Scream is a requel: a polished new generation of horror such as the 2018 Halloween, which unites legacy characters and fresh faces in a storyline that harks back to the original with contemporary flourishes.

Matt Bettinelli-Olpin and Tyler Gillett’s return to Woodsboro might be the first film in the series to reveal the killer’s identity in advance of the obligatory final reel unmasking. Pick up on the clue and it’s possible to remain in step with screenwriters James Vanderbilt and Guy Busick and unknot chunks of the tangled plot. In hindsight, an audacious third act hinges on a happenstance that proves fortune favours the deranged as much as the brave.

Scream is derivative but stylishly executed by the diabolical duo responsible for 2019’s lip-smackingly sadistic game of hide and seek, Ready Or Not, including a rather touching on-screen tribute to Craven. In-jokery escalates with a character watching footage from original screenwriter Kevin Williamson’s teen TV drama Dawson’s Creek. Returning cast Campbell, Cox and Arquette accomplish impressive emotional heavy lifting in limited screen time while Ortega goes back and forth through the wringer in the hope she might survive beyond the unlisted telephone call of the opening sequence. “Something about this one just feels different,” cryptically mutters Dewey to Sidney. Not really.