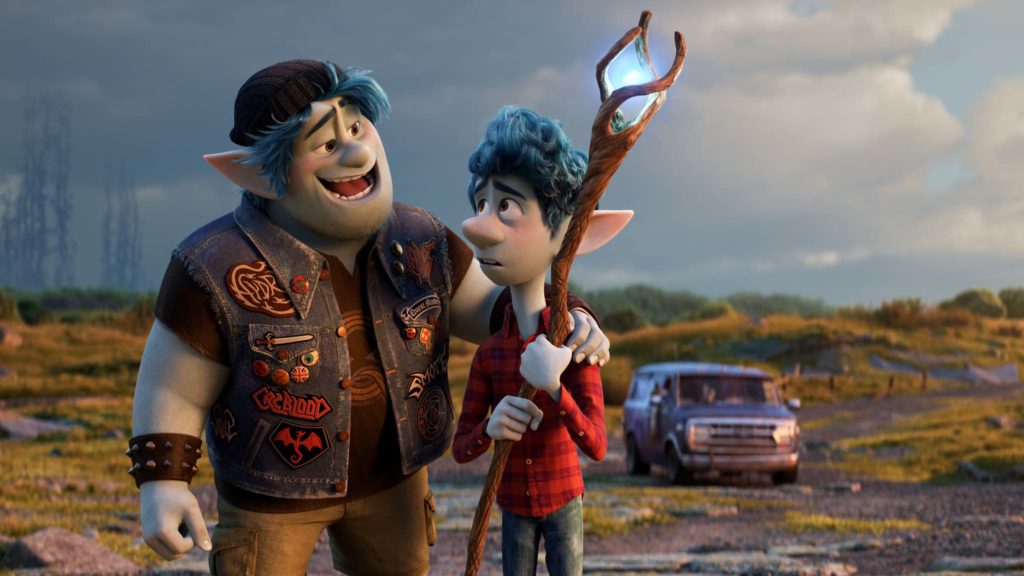 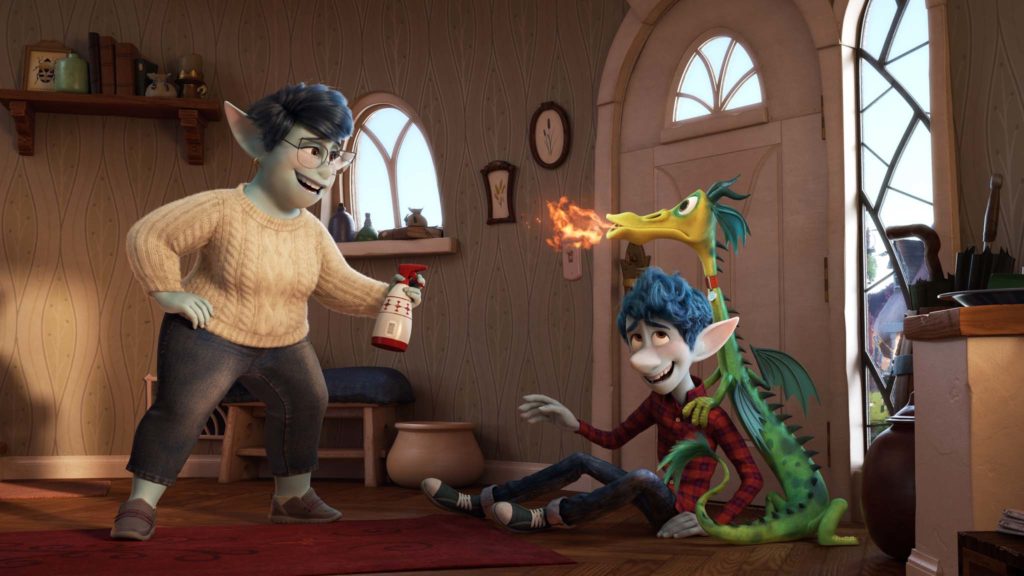 Review: True magic is the invisible bond between family and friends, which inspires courage, daring and self-sacrifice, in Disney Pixar’s life-affirming tale of two siblings who repair their strained relationship on an epic quest of self-discovery. Inspired by the childhood loss of director Dan Scanlon, Onward is an unabashedly heartfelt valentine to brotherly love set in a fantastical world, which has gradually surrendered ancient tradition to the steady onslaught of technological invention and convenience. Electric light bulbs have replaced the need for wizards to illuminate homes with wands, fire-breathing dragons are reduced to household pets, stray unicorns forage for scraps in dustbins and centaur police travel by car rather than relying on their clattering hooves.

Scanlon’s script, co-written by Jason Headley and Keith Bunin, trades predominantly in goofy humour, concealing the inevitable knockout blows in a final act that will have grown men weeping uncontrollably in the dark. Compared to Disney Pixar’s recent offerings Coco and Toy Story 4, Onward feels emotionally lightweight and lacks some of the verve and wildly imaginative flourishes we have come to expect from the California-based animation house. However, the film towers above the best efforts of many rival studios and is utterly ruthless when it comes to targeting leaky tear ducts.

Painfully shy, self-doubting teenager Ian Lightfoot (voiced by Tom Holland) and his older brother Barley (Chris Pratt) live in New Mushroomton with their mother Laurel (Julia Louis-Dreyfus) many years after ancient magic has been forgotten. The boys’ father Wilden (Kyle Bornheimer) lost his battle to serious illness before Ian was born and when Barley was just a wee elfling. “When your Dad got sick, he fought so hard because he wanted to meet you,” Laurel reassures Ian.

The boys’ emotional connection to their old man is kindled by photographs and a cassette recording of his voice. When Ian turns 16, Laurel retrieves a rope-bound bundle from the loft. Inside, the siblings discover a wizard’s staff, a glittering Phoenix Gem and instructions for an incantation to reanimate their father for one day. The spell casting goes awry and Ian and Barley have 24 precious hours to locate another Phoenix Gem to conjure the man whose love brought them into the world.

Onward balances eye-popping visuals with sincere sentiment, alternating between heart and head as Holland and Pratt bring to life their seemingly mismatched kin. Action set-pieces are orchestrated with typical aplomb – a motorcycle chase is frenetically paced and punctuated with booming belly laughs – but Scanlon’s film leaves its indelible mark with rich, nuanced characterisation. “You have to take risks in life to have an adventure,” professes Octavia Spencer’s manticore restaurant owner. Scanlon’s picture largely plays safe but still delivers a rollicking romp to delight the whole family. 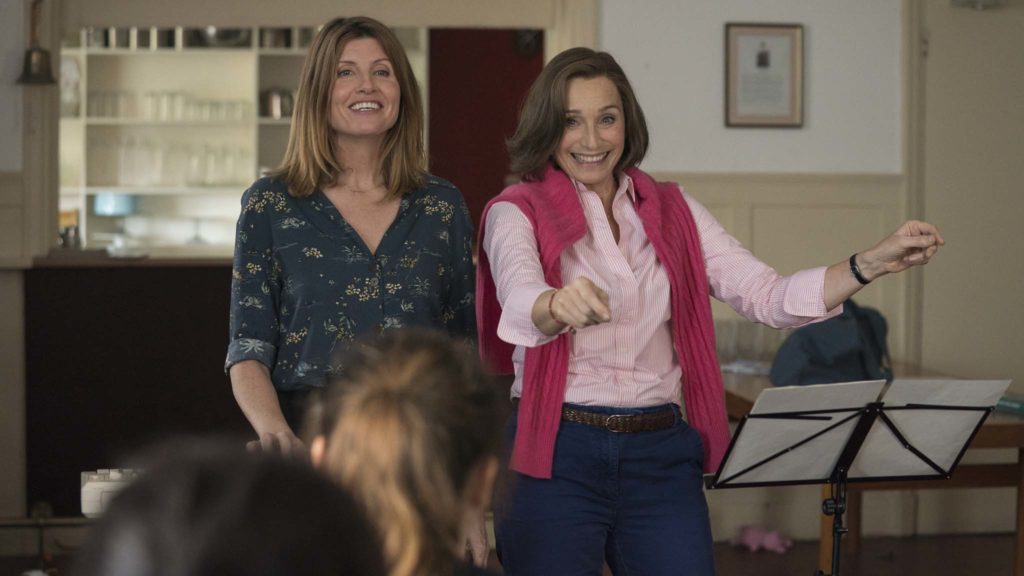 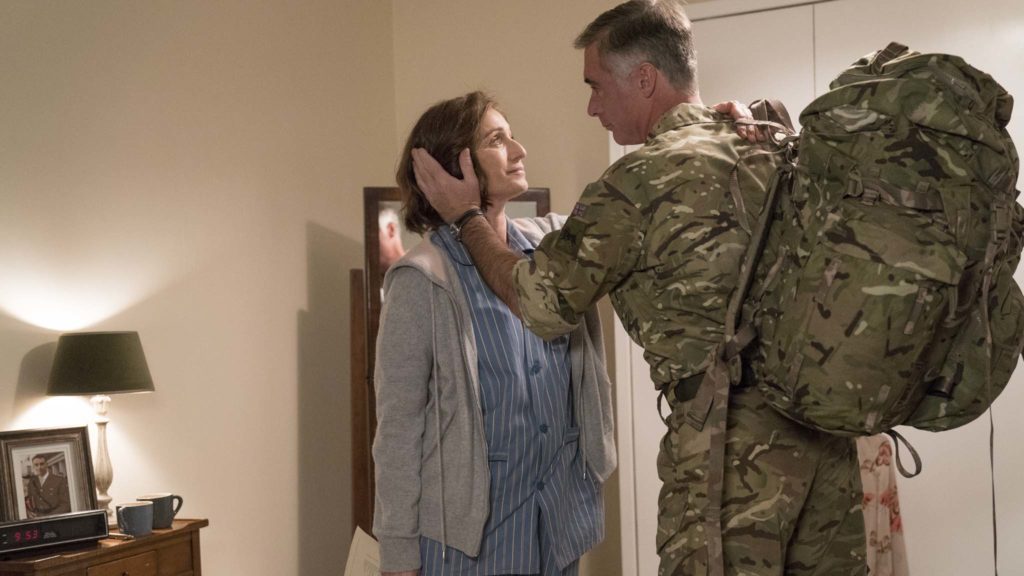 Review: Lightning fails to strike twice for Peter Cattaneo, Oscar-nominated director of The Full Monty, with another heart-warming comedy drama of community spirit in the face of adversity. Inspired by true events, Military Wives celebrates the unshakeable sisterly solidarity of a motley crew of spouses who find friendship and emotional support by performing pop anthems and classical pieces together while their service people are away.

The original choir based at Catterick Garrison in Yorkshire made headlines when the women appeared with Gareth Malone in the BBC Two series The Choir and claimed the 2011 Christmas number one with a moving original ballad, Wherever You Are. Screenwriters Rachel Tunnard and Rosanne Flynn handpick a few choice facts that comfortably serve their narrative – a climatic performance is still a song composed from extracts of letters between the wives and their partners. However, broadly sketched characters are fictional and short, sharp verses of cloying sentiment gradually build to a rousing crescendo that falls tantalisingly short of hitting the high notes Cattaneo has achieved before.

When duty calls and British troops are deployed from Flitcroft military base to Afghanistan, experienced colonel Richard (Greg Wise) bids farewell to his wife Kate (Kristin Scott Thomas) to lead his fifth tour. The couple are still grieving the loss of their serviceman son and only child, so Richard’s absence weighs heavily on his wife. Kate fills the emotional void by robustly taking charge of the women who have been left behind. She insensitively steps on the toes of social secretary Lisa (Sharon Horgan), undermining tentative efforts to establish the base’s first choir.

Following the example of the Whoopi Goldberg film Sister Act, but “without the Mafia or the God bit”, the women sort themselves into voice types for a rendition of the Yazoo pop hit Only You. Senior base officer Crooks (Jason Flemyng) initially dons ear defenders to drown out the caterwauling, which Lisa likens to “the incantations of a bunch of witches”. Over time, the women unlock their potential, including insecure mother hen Jess (Gaby French) and Lisa’s daughter Frankie (India Ria Amarteifio). Consequently, top brass extends the choir an invitation to perform at the televised Festival of Remembrance at the Royal Albert Hall in London.

Military Wives is composed of familiar elements set to a feelgood soundtrack that includes Time After Time by Cyndi Lauper and the Sister Sledge dancefloor anthem We Are Family. Cattaneo demonstrates a light touch with the material, including converging storylines of loss and regret. Scott Thomas and Horgan are well matched as rivals locked in a bitter tug-of-war for control of the choir, who discover that life is so much simpler when you come together in sweet harmony.