The British Fashion Council (BFC) today announces the launch of its new designer support initiative NEWGEN MEN. Following in the footsteps of its sister scheme NEWGEN it will provide menswear designers with showcase funding and the opportunity to use the official BFC show venue at London Fashion Week‘s (LFW) new home Somerset House. NEWGEN MEN is sponsored by Topman. The inaugural recipients of NEWGEN MEN Carolyn Massey and James Long will show their collections during LFW’s menswear day, on Wednesday 23rd September 2009.

Carolyn and James were selected by a panel of key opinion formers from media and retail including Charlie Porter from Fantastic Man, Gary Edgley from Selfridges, Gordon Richardson from Topman, Lulu Kennedy from Fashion East, Jeremy Langmead from Esquire and Terry Betts from Harvey Nichols.

NEWGEN MEN follows on from the success of the MAN show and will support emerging menswear talent with business support and showcasing opportunities at London’s dedicated menswear day which will take place for the second season at the end of LFW after the womenswear shows.

Simon Ward, Joint Chief Executive of the British Fashion Council commented “NEWGEN has helped launch the careers of some of Britain’s highest profile womenswear designers and we hope that NEWGEN MEN will support London’s future menswear stars and become a key part of the British Fashion Council’s designer development and showcasing programme. It is an initiative that we have been keen to launch and is a fitting legacy in our 25th year.”

Sarah Mower, the BFC’s Ambassador of Emerging Talent, said “Over the past couple of years, the stream of talent in menswear that has been coming out of London has turned into a torrent. The arrival of NEWGEN MEN puts in place a support system to nurture this spontaneous outpouring of creativity for the future.”

Gordon Richardson, Design Director, Topman, who was also on the selection panel, adds “Topman has been nuturing emerging menswear designers over the past 4yrs and is proud to further that support with NEWGEN MEN. An exciting initiative that rightfully positions menswear at the fore front of fashion providing a deserved platform for the very best menswear maturing talent.” 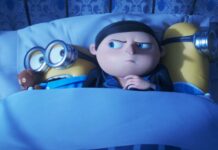 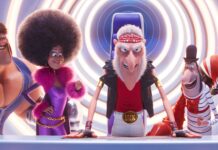 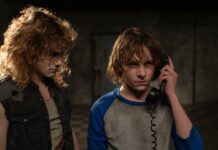