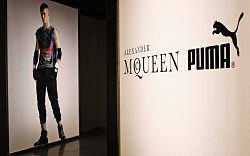 Alexander McQueen and PUMA extend their collaboration to include sport-fashion apparel for Autumn/Winter 2009, introducing a full collection of men’s and women’s apparel and accessories.

Since its conception, the Alexander McQueen PUMA collaboration has sought to push traditional boundaries of sport-fashion, testing the limits of form, function and design. Following the success of the footwear line the new Alexander McQueen PUMA apparel and accessories collection promises to be an evolution of this innovative creative vision.

The metaphoric concept of ‘Power’ is the DNA of the new collection. Physical and mental power exist at the very core of sport and the collection strives to interpret and convey ‘Power’ in innovative and unexpected ways.

With ‘Power’ as a constant reference, each season’s collection will also have a specific seasonal theme related to sport. The Autumn/Winter 2009 seasonal theme is ‘boxing’ – a sport with power at its essence, referenced in style, color and material applications. The performance-inspired sport-fashion collection uses intricate craftsmanship and superior quality fabrics to create a stylized and progressive assembly of apparel and accessories for men and women. The visual icon of the season the ‘Griffin’, an expression of power and inner force, is used throughout the collection as a graphic application. Innovative detailing such as ergonomic cuts, combat bandages, silhouettes and overlays are the most visual features of the debut collection.

Simultaneously with the apparel launch event during Milan Men’s Fashion week is the premiere of ‘Ghost’, a short brand movie directed by acclaimed director Saam Faramond and Alexander McQueen. The movie features a breathtaking dual between two athletic models with slow-to-fast motion effects and reverberation of the sequences, perfectly interpreting the sport-fashion vision of Alexander McQueen PUMA.

The Griffin Tee is the emblematic t-shirt of the apparel line – whose size and color make a bold statement about the overall collection. Paired with the tee are the High Waist Combat Pants which feature contrast paneling at the front and back.

The Knitted Rugby Shirt takes its stylistic inspirations from the sporting activity it was appropriately named after and is an example of how tradition meets modern ingenuity in the Autumn/Winter collection. The polo-cut collar and the bold horizontal stripes make reference to the classic rugby uniform, while the bat-wing cut sleeves add a contemporary edge.

A contemporary re-interpretation of old-school gymnasium attire is the Women’s Track Jacket. Bowed ribbing at the front and back, contrasting stripes and faux strapping overlay create a directional shape.

Made from 100% gassed cotton, the Knit Tee Dress creates a stylish and contemporary silhouette. While horizontal tuck-stitching adds a subtle yet powerful detailing.

The women’s Cutman High takes its inspiration from the boxing ring. The cotton strapping on the upper are an allusion to the bandaging applied to the boxer’s hands prior to slipping them into gloves. The strapping on the boots criss-cross the upper to create part of its facings and the strap fastening. Multiple laces give the shoe a close fit, while the combination of suede and canvas make the shoe reminiscent of professional boxing boots.

The AMQ Welterweight Lo is one of the unisex styles the Alexander McQueen PUMA collection will offer this season. Incorporating key design elements from Alexander McQueen and combining them with PUMA’s sport heritage. The upper is a combination of suede, nappa leather and patent, with stitched and turned finishing creating a smooth and seamless look. 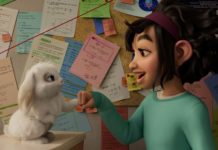 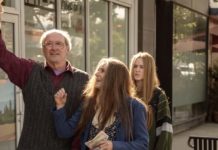